PHOTOS: When Charlotte Osei met Prez Akuffo-Addo for the first time since her sack 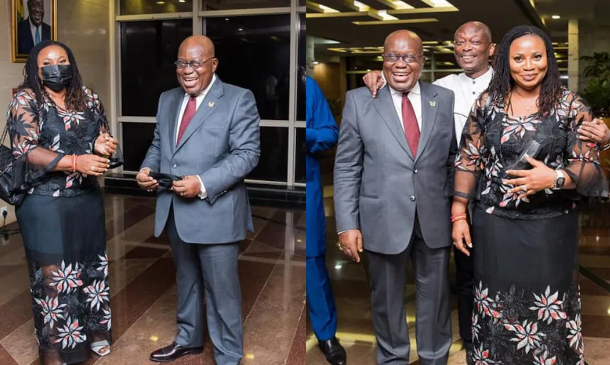 It is said that a picture has many words but the picture of President Akufo-Addo hanging out in a hearty chat with madam Charlotte Osei the erstwhile boss of the Electoral Commission(EC) has got a lot people talking.

Madam Charlotte Osei is related to ace journalist Abdul Malik Kwaku Baako as they are cousins and accompanied the family to the seat of government in Jubilee House to show their appreciation to the Presidency during their late mother's funeral.

It is the first public appearance of the President and the former EC boss since she was removed from office in 2018.

In the photos the former EC boss is seen in a chat with the President while in another she poses for photos. 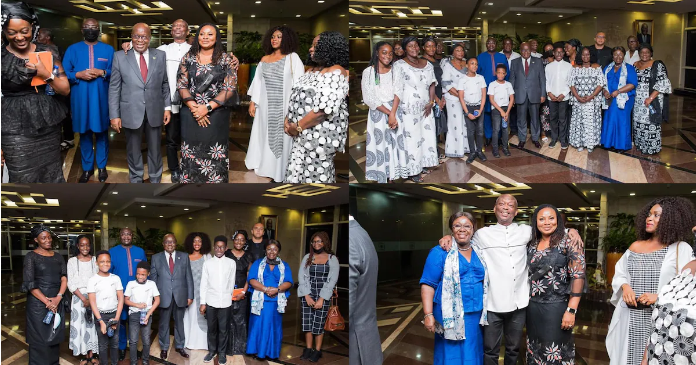 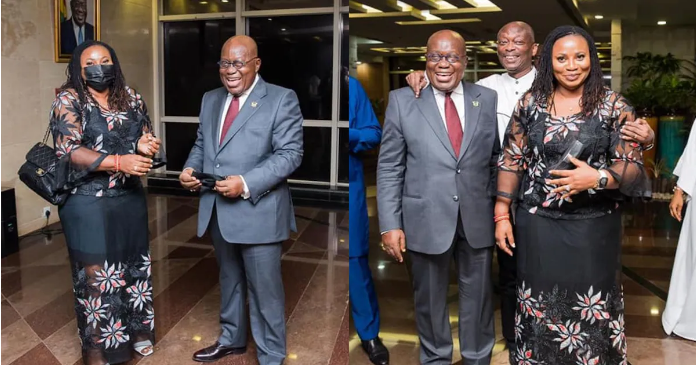