Authorities in Brazil have finally arrested the Boss of Cocaine Empire in South America after 30 years of constantly changing his face with plastic surgery to avoid being caught.

Luiz Carlos da Rocha, nickname 'White Head', is believed to be the chief of a huge drug empire in South America. He has a reported personal fortune of $100m (£77m) from dealing the drug that has ravaged parts of the continent. 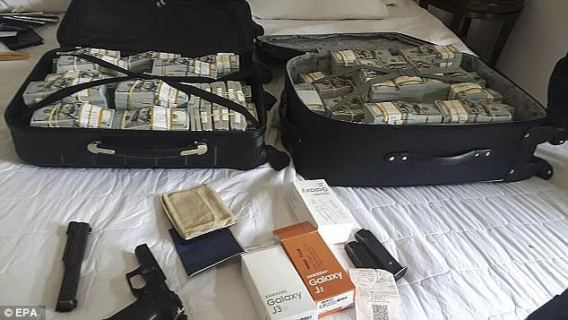 Brazilian police say da Rocha was arrested on Saturday in the city of Sorisso in Mato Grosso state.

Da Rocha had changed his name to Vitor Luiz de Moraes and had plastic surgery to disguise himself, but police compared old photographs with his current appearance and concluded they had apprehended the right person.

The operation carried out by Operation Spectrum saw 150 agents carry out two dozen raids, during which they seized $10million (£7.7million) worth of luxury cars, planes, and property including farms. The suspect aircraft was found to contain half a ton of cocaine, a handgun, ammunition, and documents were seized in the arrest.

Police say his organization produced cocaine in Peru, Colombia, and Bolivia, and exported it to Europe and the United States via Brazil and Paraguay.

They estimate that da Rocha brought in 5 tones of cocaine per month in Brazil alone.

Police also accuse da Rocha of being one of the main suppliers to Sao Paulo and Rio de Janeiro's violent drug traffickers.

Described by police as "a criminal who lived discreetly and in the shadows", da Rocha has a reputation for violence, with his gang using weapons and armoured cars.

Police also said his right-hand man was also arrested at a different location and they hope to capture the rest of his wealth, some of which is believed to be sitting in offshore bank accounts.

Watch the video of his arrest below..