Pizza can make you more productive at work, finds a study 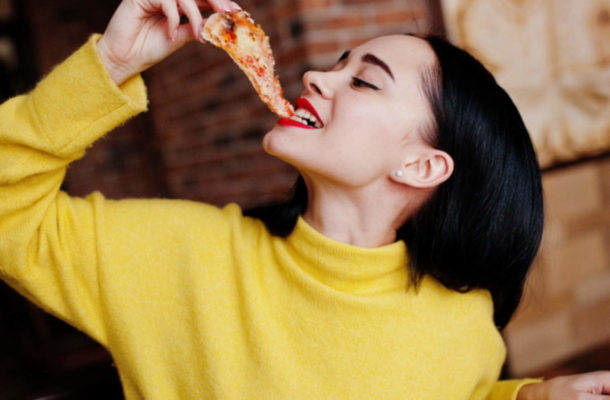 Working for long hours is quite a struggle. We aren't wrong when we say that the only motivation to work harder at times is the promise of some yummy and sumptuous food! Just like coffee, food can be a pretty good motivator. One food item which comes to mind is pizza, which is absolutely binge-worthy and yummy. But, not to forget, it is rich in calories and doesn't exactly proclaim healthy! But still, there is no saying no to pizza! And now, there is another reason why you should not hesitate saying YES to pizza. Eating pizza at work can actually boost your productivity levels, a study has revealed. The study also specifically gave employers the key to retaining employees which is offering them pizza! No, we are not making this up.

The study The study was conducted by an American psychologist Dan Ariely who wanted to observe the productivity patterns of workers in an organisation. For this, he decided to conduct research in a factory in Isreal. The workers were sent promotional messages at the beginning of the week offering incentives for better work. There were three options, the offer of a good pizza (free food), bonus claim (money), a compliment from the boss.
When it came to claiming the gifts, a big group of people chose the offer of getting a free pizza, followed by people who chose a compliment for their work and the option of getting some money was chosen by only a few people.

The study highlighted the fact that money is no longer the biggest motivator in the workplace. Food, which is the biggest need, overtook money in inspiring people. It also emphasised the point that giving intrinsic motivations or image boosting tools such as compliments can actually help people work harder and more efficiently. Compliments and food almost had the same power in motivating employees, overall.

So, the next time you would want to work harder and boost productivity, simply take up the offer of a slice of pizza! It can do wonders!