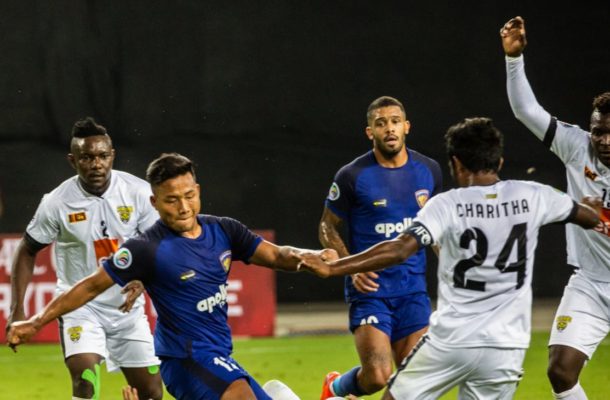 Ahmedabad:  Jeje Lalpekhlua's goal secured Chennaiyin FC a spot in the Group Stage of the 2019 AFC Cup following their 1-0 win over Colombo FC in a play-off second leg tie on Wednesday.


The win at The Arena Stadium sees Chennaiyin advance 1-0 on aggregate after both teams shared the spoils in a goalless draw in the first leg in Colombo last week.

In a tightly contested affair, both teams were equally matched in the first half and neither could capitalise on their chances as the score remained goalless going into the break.

Chennaiyin started the second period with purpose and finally found their way through the Colombo defence after Lalpekhlua's 68th minute strike.

Colombo tried to their best to find an equaliser but the 2017-18 Indian Super League champions made it hard for the visitors as Chennaiyin held on for the narrow win.

They will next face compatriots Minerva Punjab on April 3 in their opening group stage match.