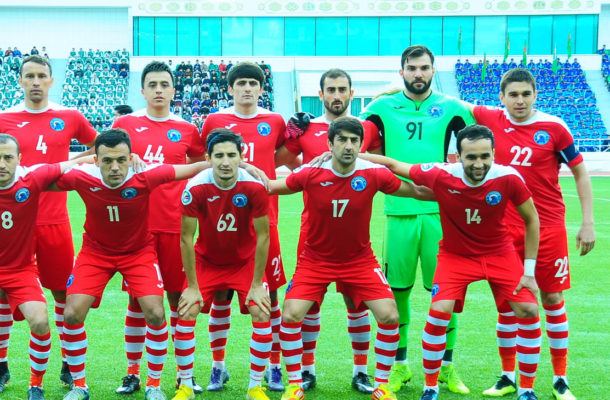 Khujand City: Tajikistan’s FC Khujand secured their place in the 2019 AFC Cup Group Stage after playing to a 0-0 draw against FC Ahal of Turkmenistan in the Play-off second leg tie on Wednesday.


Despite the goalless draw, FC Khujand’s away goal in the first leg tie a week ago proved to be the difference as they progressed with a 1-1 aggregate score, joining FC Istiklol, Altyn Asyr and Dordoi FC in Group D.

The onus was on FC Ahal to impress, as they came into the match knowing they had to gain the upperhand in the return leg, after coming from behind to equalise in their first leg match, but the hosts held a sturdy defence to deny the visitors of any clear chances.

It was a highly contested game with both sides putting out their best, but the game was locked in a stalemate that continued well into the second half.

As the game entered its final minutes, both teams racked up yellow cards in an effort to find the back of the net but it was not to be for FC Ahal as FC Khujand held on strong to seal their debut appearance in the AFC Cup Group Stage.