Pluim: We should have scored more 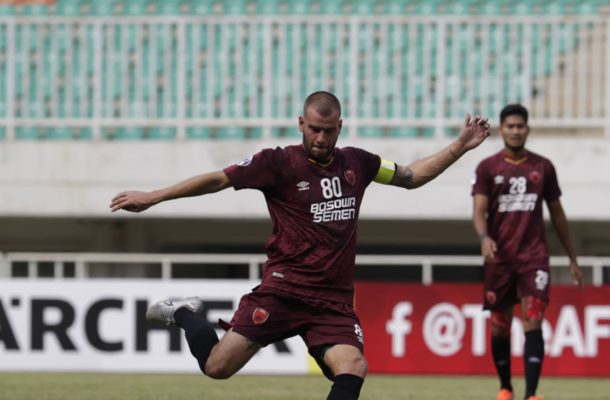 Cibinong: Despite PSM Makassar’s comprehensive 7-3 victory over Lao Toyota, captain Wiljan Pluim has bemoaned the fact the Indonesian side failed to score more goals in their 2019 AFC Cup Group H game on Wednesday.


The 30-year-old Dutchman drilled home the opening goal in the 12th minute, before curling in a lovely effort to make it 3-1 as the hour approached.

Teammates Zulham Zamrun, Eero Markkanen Ferdinand Sinaga and Marc Klok all also got on the scoresheet, but despite the dominant display, Pluim admitted he wasn’t satisfied Makassar didn’t add more goals to their tally.

“I think we had to score more than seven goals today,” said Pluim, who joined Makassar in 2016 and has helped the Sulawesi side finish third and second in Liga 1 in the past two seasons.

“That’s a pity, but you have to be happy with seven goals and a win so it’s still good.”

12' GOAL! @PSM_Makassar lead! 1-0! Wiljan Pluim scores the opening goal of this match after Bayu Gatra wrestles the ball back from the defender. A scrappy one to concede from Lao Toyota's perspective. #PSMvLAO #AFCCup2019 pic.twitter.com/x07YJ86ejD— FOX Sports LIVE! (@FSAsiaLive) March 13, 2019

After making their AFC Cup debut with a 1-1 draw against Home United in Singapore two weeks ago, Makassar were playing their first match of the campaign in Indonesia.

And they put in a performance that will make the other teams in their group take notice, posting an incredible 32 shots on goal – 12 of which were on target.

Were it not for the woodwork, which denied them on multiple occasions, and some sloppy finishing, they would have added to their seven goals.

Overall, though, Pluim was happy with his side’s performance, which sees them undefeated in second place in Group H, level on four points with Filipino side Kaya FC, who they face next in a mouth-watering contest in Cibinong on April 2.

“I think we played a good game,” he added.

“I don’t think we started powerfully enough, but after 15 minutes we took control of the game and created a lot of chances.”