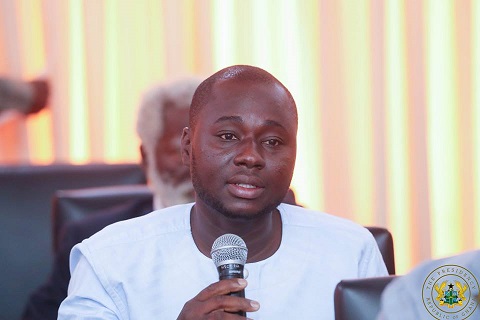 General Secretary of the Peoples National Convention (PNC), Atik Mohammed has lauded President Akufo-Addo over the nomination of  Mrs Jean Mensa as chairperson of the Electoral Commission (EC).

According to Atik Mohammed, Mrs Mensa was a consensus and an objective person contrary to the criticisms by the opposition National Democratic Congress (NDC) that she was unfit for the position.

Commenting on the nomination in a radio interview on Accra based Asempa FM, Atik Mohammed said: “There has to be a point that we need to rise above smallness petty unproductive partisan politics.”

He said it was not every issue that should be in the arena of political competition since there were some of them that require consensus building and said on questions on who manages Ghana’s elections, “there is no room for partisanship.”

He congratulated President Akufo-Addo for the nominations and said he was excited about the four nominations.

Atik Mohammed admitted that he was not excited about what happened to Mrs Charlotte Osei with her removal as chairperson of the EC and would have wished that the outcome would have been different, because of the effects on the elections.

However, he said he was excited about the candidates President Akufo-Addo has nominated for consideration and said the best description for Jean Mensa was a “consensus candidate.”

He said it was through the instrumentality of the IEA that the Ghana Political Parties (GPP) programme was created and that some of the successes the country was recording were owed to that platform.

He said he has worked with Mrs Mensa closely both at the GPP level and as a policy analyst, and when it comes to objectivity, “she is number one and she really has no interest except in the sustainability" of political parties and general contribution to the deepening of democracy.

"She [Jean Mensa] has demonstrated by several examples that her only interest is an entrenched democracy in Ghana, that is all that she is interested in, she is a consensus candidate,” Atik Mohammed added.

He said the NDC was well aware of her competencies and that is why Mr Koku Anyidoho in an earlier radio interview on Asempa FM was finding it difficult to comment on her competencies because it is beyond question.

On her affiliations to the NPP, “it is difficult to say yes or no, this is a woman who is better to replace Charlotte Osei,” Atik Mohammed added and said the NDC’s branding of Jean Mensa as someone with links to the NPP should not be taken serious.

“When it suits them, that is how both NDC and NPP behaves". He said both the NPP and NDC at different times severed relationships with the IEA so it was not surprising that the NDC has taken that posture.

He said it was about time “we rise above the petty unproductive partisan politics and move forward.”