'Police Administration will not protect officers who break the law' - IGP 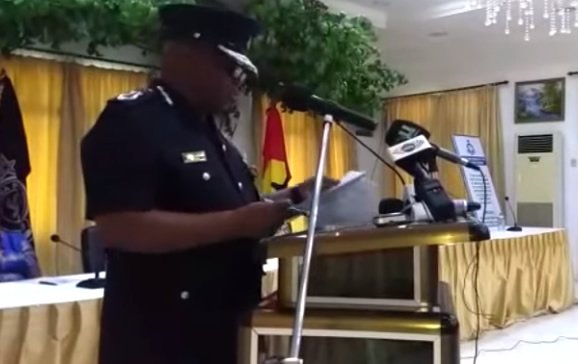 The Inspector General of Police (IGP) says the Police administration will not protect officers who violate the laws of the country.

James Oppong-Boanuh said the measure is to ensure that the few bad nuts do not stain the reputation of the institution.

He was speaking at a ceremony to commission the Akuapem-Akropong District Police Command in the Eastern region financed and built by the Church of Pentecost.

“We [the Ghana Police Service] are about 34,000 but you cannot even count up to 1,500 people who engage in misconduct. So the misbehaviour by these few elements actually drags the name of the whole institution through the mud.

“And for a majority of us, it is very unfair on the part of our colleagues who engage in those kinds of misconduct,” he stressed.

IGP Oppong-Boanuh further advised police officers to carry themselves and discharge their duties with dignity, integrity, and honour to protect the country and its citizens.

“We can only get the support that we require from the public if we are seen to be transparent, not indulging in corruption but trying to do our work for the common good of the country’s citizens,” he said.

The IGP noted that fighting crime is often ‘complicated’ and, therefore, needs the assistance of the general public in fighting them.
He indicated that the Police rely on information from citizens to fight, solve and prevent crimes adding that, “we urge everybody to help us in this quest to make our country crime-free.”