The intelligence policing strategy of the Abia State Police Command has led to the arrest of a 61-year-old man who has been raping a 10-year-old girl in a hotel for months; fake Nestle food manufacturer; armed robbery suspects; burglars and cultists. 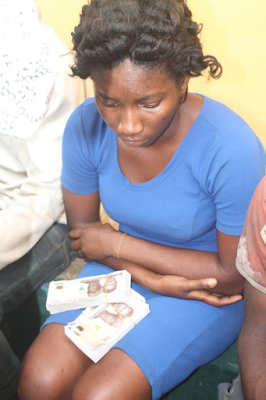 Police arrested one Timothy Onyeukwu, 61, caught having unlawful carnal knowledge of one female child of about 10 years old in a hotel. Acting on a tip-off, the operatives of the Central Police Station Aba, swung into action and arrested the man while the little girl was  taken to hospital for medical attention. The suspect confessed to have been sleeping with the little girl for months in the hotel.

Police operatives attached to the Central Police Station Aba, in collaboration with the National Taskforce on Illegal Importation of Goods and Adulteration of Products, Abia State, on December 27, arrested one Tochukwu Okorie, aged 19 years, who specializes in production of fake Nestle products at Eziukwu market Aba. Items recovered from him includes:

The suspect confessed to the crime and he is helping the police in its investigations with a view to apprehend other members of the syndicate. 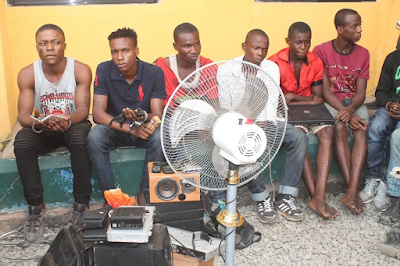 On December 25, operatives attached to the Central Police Station Aba, arrested some armed robbery suspects who have been terrorizing Aba and its environs. The suspect includes:

The suspects were arrested along Obuohia Road by Asa Triangle Aba, while robbing people coming back from church on Christmas eve service.
Items recovered from them include: Two knives, One lady’s hand bag containing bible, one lady’s belt, one eye glass, a desktop charger and one spanner. 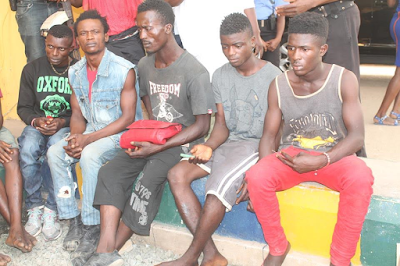 The intelligence led policing strategy of the force paid off, when the operatives attached to Ndiegoro Division Aba, on 18/12/2016, arrested one ODINAKA NNAMANI ‘m’ of no fixed address, who robbed one Nwabuike Oluebube ‘f’ of Igweilo Street by Ibadan road Aba, of her phone.
Items recovered from him include: One L.G. screen touch phone and one Itel screen touch phone. The suspect confessed to the crime and that he belongs to a three man gang terrorizing Aba and its environs.
Effort is being intensified towards arresting the fleeing gang members. 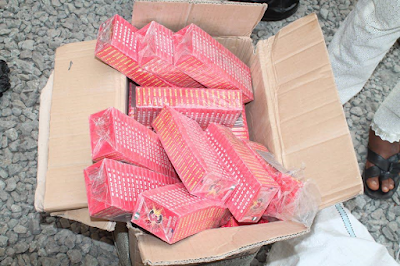 Items recovered from them include: One H-mobile phone belonging to one Queen Dimkpa, a black bag containing knife and broken bottles, and 28 wraps of substance suspected to be cocaine.
The suspects are members of ARRO-VERTING CONFRATERNITY and have confessed to the crime. They are helping the Police to fish out other fleeing members of the cult.

RECOVERY OF STOLEN VEHICLES:
The operatives at Ndiegoro Police Station Aba, acting on intelligence gathered, on 24/12/2016, recovered one HONDA VERNCUZ SUV vehicle with Togo registration number AKO808TG, where it was hidden at Calabar Street Aba. The vehicle was snatched from the owner at gun point at Tenant road Aba, on the same date.
In another development, on the 26/12/2016, the aggressive patrol embarked by the Anti-Crime team, Area Command Aba, lead to the recovery of two vehicles earlier reported stolen at Fire Service premises Aba, from different locations at Aba. The vehicles are as follows:
1. Mercedes Benz V. boot, with registration no. AE 200 SSM ARMY COLOUR.
2. Mercedes Benz 230, with registration no GGE 488 AG ASH COLOUR.
The Commissioner of Police has directed that the vehicle be released to the owners. 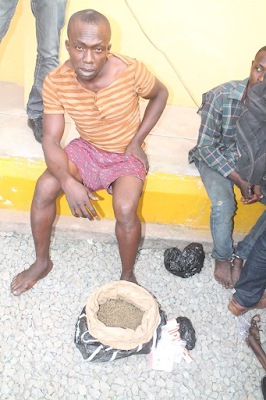 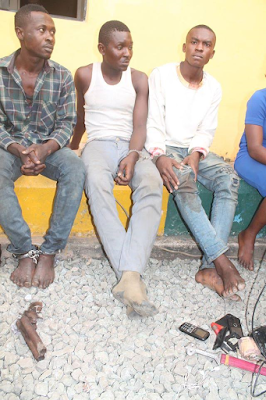 INTERCEPTION OF FIREWORK (KNOCKOUT)
You can recalled that in my last press briefing, the command issued a release on the banned of use of fireworks (KNOCKOUT). The intelligence raid strategy of the Central Police Station Aba paid off, when on 27/12/2016, the patrol team intercepted two men standing beside a bag by the roadside along Ochendo Road Aba. The suspects took to their heels on sighting the Police, and left the bag, which contained a new model 2018 thunder banger. Effort is on top gear to apprehend the fleeing hoodlums.ARREST OF SUSPECTED VANDAL OF EXHIBIT VEHICLES IN THE POLICE STATION:
Operatives of the Central Police Station Aba, on 23/12/2016, acting on a tip off arrested one OBUM NWAKO ‘m’, which specializes in vandalizing auto parts from exhibits vehicles parked within the Police Barracks.
Recovered from him are;
1. Mechanic working tools
2. Mechanic apron
The suspect was arrested while on the act of removing some vital parts from an exhibit trailer parked in the Barrack.

ARREST OF SUSPECT WITH FAKE NAIRA CURRENCY:
One Orji Ikechukwu, a phone dealer at Asa Road Aba, has been receiving threats to eliminate his life by an unknown man, who came to his shop with N300,000.00 fake naira currency in N1,000 denomination to buy phones, if he fails to return the fake money. That the man took to his heels on realizing that the money was fake.
On 27/12/2016, the operatives attached to Central Police Station Aba, swung into action and arrested one CHIDINMMA ALOZIE ‘f’ aged 23 years, who came to collect the fake money.
The suspect confessed that she was sent by his cousin brother who is one Pastor Raphael Chibuike ‘m’ of United Evangelical Church at Abuja, to collect the currency. Investigation is ongoing.

ARREST OF SUSPECTED ARMED ROBBER AND KIDNAPPER:
The operatives of the Anti-Kidnapping Section of the State Criminal and Intelligence Department, Umuahia, acting on information received, on 17/12/2016, arrested one CHRISTAIN AKOMA ‘m’ of Umuala Nsulu Isialangwa North, who in company of others at large conspired kidnap one Livingstone Ubani, but while on lying siege for their victim, robbed one Ifeanyi Ogbonna, to realize some money to execute the job, our operatives swooped on them, while others escaped.
The suspect is one of the notorious criminals in Police wanted list, he confessed to the crime and is helping the Police in its investigation. 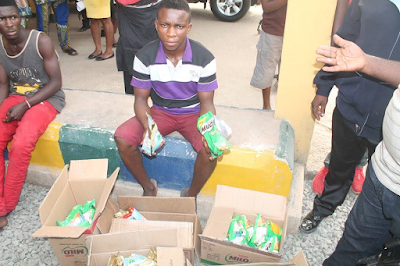 ARREST OF SUSPECTED ARMED ROBBERS AND RECOVERY OF ARM AND AMMUNITION.
The operatives of the Special Anti-Robbery Squad at Aba, on 16/12/2016, arrested one UCHECHUKWU OBIDIRIM ‘m’ and IFEANYI CHIJIOKE ‘m’, who were robbing along Port-Harcourt Expressway Aba.

Items recovered from them include: One short locally made pistol, Two live cartridges, Nylon containing substance suspected to be Indian hemp, One flash drive, Three Nokia phones, Two Blackberry phones, One brown wallet, One Tecno phone and the sum of Three Thousand, Eight Hundred and Thirty Naira Only (N3,830.00).
Acting on intelligence raid policing, the operatives of SARS Aba, on 24/12/2016 arrested one NDUBUISI OKPARA ‘m’ aged 28 years who among others robbed worshippers along Ariaria Market Aba. He was overpowered by the Police.
Item recovered from him is a cut-to-size locally made barrel gun with a live cartridge.
All the suspects will be arraign in court appropriately.