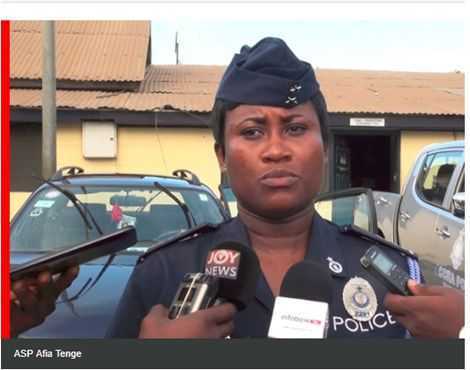 The Accra Regional Police Command has denied that a man behind some market fires in some parts of Ghana has been arrested.

She said somebody somewhere might have concocted the story and that the Police had never made such arrest.

A section of the media on Monday, December 21, reported that the Ghana Police Service had arrested an alleged arsonist behind the recent Kantamanto market fire.

They quoted an Accra Daily, which stated that the suspect, Daniel Dah Kormlah, aged 41, was identified through police investigations into the Kantamanto fire incident.

According to the reports, the Police and other intelligence agencies had begun arresting persons believed to be linked to recent arsons in some markets across the country, adding that the suspect who was on the run was apprehended by a joint team of Police and Intelligence Operatives.

The reports indicated that the said suspect, an alleged active member on various political platforms including “NDC Group Administrators,” “Renaissance Agenda 2020,” was grabbed at Ho, his hideout.

The reports claimed that his cellular phone’s conversations which was monitored was aimed at inciting people towards rioting and also conspiring to attack other state institutions, which he allegedly admitted during his arrest.

Parts of the country have experienced market fires among which are Odorna, Kantamanto and Kaneshie.