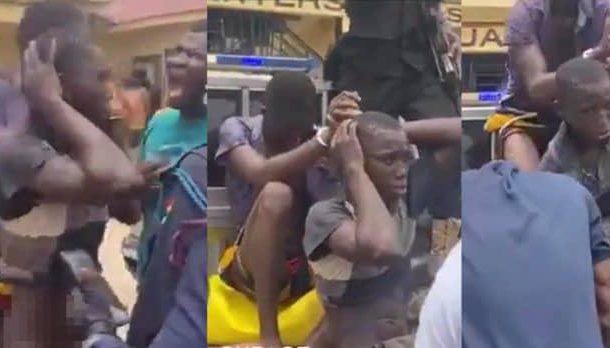 It has emerged that the two teenagers who killed a 10-year-old boy were inspired after watching a spiritualist on TV.

During a first sitting at the Ofaakor District Court, heard that one of the suspects, Felix Nyarko, was moved by the claims of a spiritualist he watched on a TV programme on how to create instant wealth.

The prosecutor told the court that Felix had a discussion with second suspect, Nicholas Kini, who intimated that he also knew another spiritualist in the Volta Region.

The duo, who contacted the spiritualist were instructed to provide a human being and a cash amount of ¢5,000 for rituals to be performed to make them rich, the court heard.

“Second accused [Nicholas Kini] who is not having a phone provided phone number of the said spiritualist to the first accused [Felix Nyarko] who has access to his mother’s phone. After contacting the spiritualist, she agreed to help if only they can provide a human being and cash sum of ¢5,000 for the rituals”, parts of the prosecutor’s facts read.

The court also heard that the two suspects initially planned to kidnap the deceased and take the amount from his family to be presented to the said spiritualist for the rituals but later changed their minds.

The death of Ishmael Mensah on Sunday, April 3, shocked residents of Lamptey Mills, a community near Kasoa in the Central Region.

The two suspects are facing provisional charges of conspiracy to committing murder and murder.

Their pleas were not taken by the court presided over by Her Worship, Rosemond Vera Ocloo who consequently remanded them to reappear before the court on April 20, 2021.