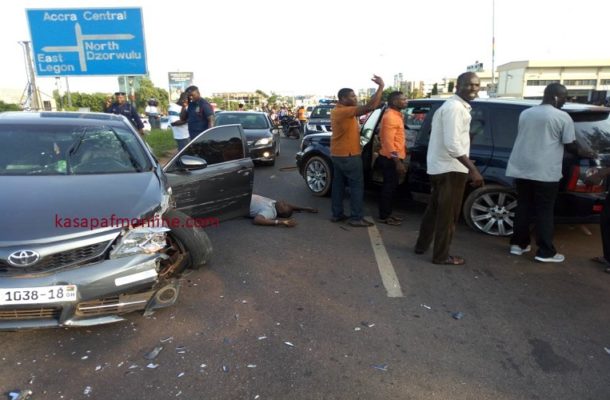 Police have gunned down an armed robber while two others have been arrested at Shiashie near the Ghana Standards Board Head office  in Accra, Friday afternoon.

The robbers, reports say were escaping after an operation in the area in Toyota Camry and Corolla vehicles.

They were coming from either the Airport or Dzorwulu area, driving on the Legon-Airport stretch at top speed, smashing into other cars.

But luck eluded them when they got to the Ghana Standards Board traffic lights, as cars coming from Madina had blocked the road and so were caught in the traffic. The robbers sensing danger and seeing a police patrol team pursuing them, then fired at the police officers who also returned fire killing one armed robber instantly while the rest were arrested.