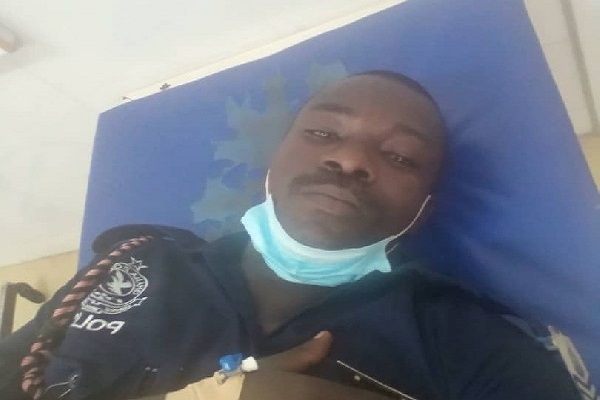 The police officer who was allegedly assaulted at Ajumako Ochiso in the Ajumako-Enyan-Essiam District of the Central Region has been transferred by the Police Service.

Corporal Frank Mensah who was allegedly assaulted by hoodlums led by the District Chief Executive, Ransford Kwesi Nyarko, has been transferred to Winneba.

According to the service, the move is aimed at protecting his life and not to “shield the DCE.”

The decision to transfer the officer was communicated to him last Friday following a meeting with the Central Regional Police Commander, DCOP Habiba Twumasi Sarpong, on the orders of the IGP James Oppong-Boanuh.

Corporal Mensah told Asaase Radio that he opted for Winneba for academic reasons as he is pursuing a course at the University of Education, Winneba.

He added that he is still in pain and wants justice.

The Central Regional spokesperson of police, DSP Irene Oppong Serwaa, told Asaase Radio there is no attempt to cover up anyone in the case.

“The transfer of Corporal Frank Mensah is to give the police officer protection,” she insisted.