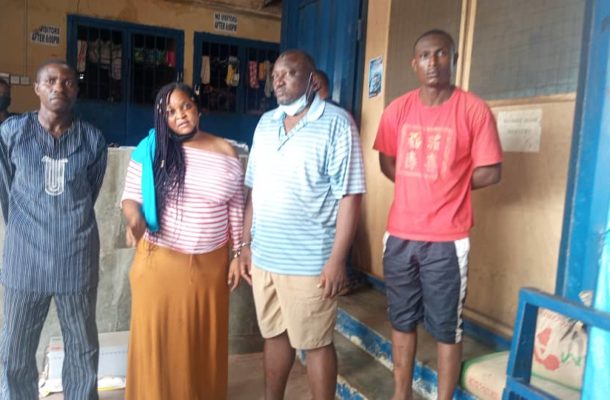 Police is investigating the operations of a child trafficking syndicate at Kokrobite in the Bortianor Ngleshie Amanfro constituency.

Four persons believed to be Cameroonians were arrested over the weekend while they were transporting some children in a taxi cab.

The nine victims, aged between three and 12, were rescued as investigations continue.

Director of Anti-Human Trafficking Unit at the Police Headquarters, Chief Superintendent Michael Baah said four suspects have been arrested in connection with the kidnapping while investigations continue.

Traditional authorities in the area have since expressed shock at the development.

Adontenhene of Kokrobite, Nii Kwashie Djabum who spoke to Citi News urged parents to be extra vigilant in order to keep their children safe.

“Once such an incident has happened, maybe tomorrow or next day, something like that will also happen, so they should be careful with how they handle their children so that we will not hear such a thing in this community again.”