Pope Francis apologises for slapping woman who yanked his hand 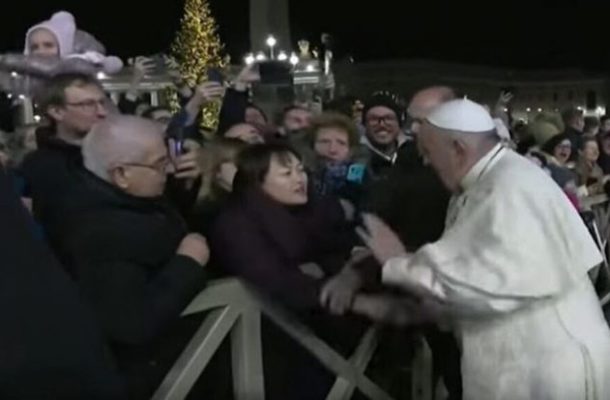 Pope Francis has apologised for slapping a woman, an incident that was captured on video and shared widely on the internet.

The pontiff apologised for exhibiting a flash of anger in self-protection after a woman grabbed his hand with both of hers when he was greeting Catholic faithful after New Year’s eve liturgy.

The woman yanked the Pope’s right hand causing him to lose his balance.

Visibly angry, the Pope slapped her hand twice in bid to free himself, rebuked her and turned away.

“Many times we lose our patience. I do, too, and I’m sorry for yesterday’s bad example,” said the Pope after reflecting on his actions.

In March 2018, the Pope, in another handshake gone wrong, repeatedly withdrew his hand from the faithful as they sought to kiss his ring.

That video was also shared widely and became the butt of jokes but the then Pope spokesperson Allesandro Gisotti said it was a matter of hygiene.