PPP Moves To Get Hold On Labour Issues 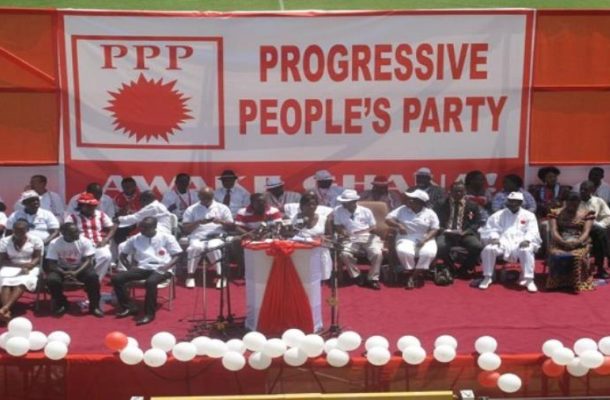 Even before it assumes the reins of government, the Progressive People’s Party (PPP) is fervently preparing on how to deal with issues which for the larger part of the current administration, have resulted in many labour unrests in the country.

The PPP believes the only way to get a hold on such labour crises is to get an insider within the labour front who is abreast with labour issues and can get the right rapport with the labour unions to find lasting solutions. The party has therefore appointed Ms Evelyn Lamisi Anabila as Campaign Advisor to the party’s Presidential Candidate on labour issues. Her main duty will be to help the PPP understand the position of worker groups on current and potential labour issues.

A long standing labour activist, Ms Anabila will therefore survey the country’s labour front and offer advice to our presidential candidate on issues pertaining to labour. She is also expected to help develop labour-oriented solutions to any such problems affecting the labour front.

The party is mandating Ms Anabila to liaise with the TUC and other labour unions to find out what ideas they offer to the chronic failure of the implementation of the Single Spine Salary Scheme to enable the PPP fashion out a lasting solution.

She will be finding out from the TUC their expectations of government to enable a PPP administration led by Dr Papa Kwesi Nduom to know and adopt the kind of priority concerns and policies that will ensure better working conditions and prosperity of workers.

By her terms of reference, the one time National Organizer of the Convention People’s Party (CPP) is also to find out from the private sector what labour needs they require to ensure better labour - management relationship that will lead to improvement in the standard of living of workers.

She is expected to arrange meetings for dialogue between the PPP and the TUC; other specific labour unions, their support groups, identify those worker groups on the worker front in Accra and the other Regions in the country.

She will also help identify those worker groups and members who want to join and support the PPP and help build membership on the labour front.