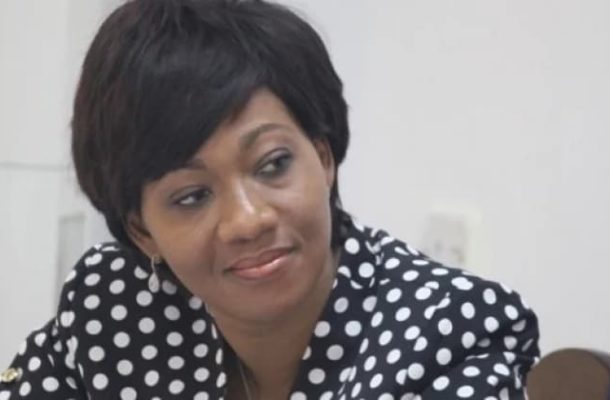 The Progressive People’s Party (PPP) is unhappy President Nana Addo Dankwa Akufo-Addo did not consult them before appointing Mrs Jean Adukwei Mensa as chair of the Electoral Commission (EC).

Nana Akufo-Addo named Mrs Mensa, Executive Director of the Institute of Economic Affairs (IEA) as the new Chair of the EC with her deputies being political science lecturer at the University of Ghana, Dr Eric Asare Bossman and Samuel Tettey, Director of Electoral Services in charge of elections at the EC, pending approval by the Council of State.

The appointments follow the dismissal of EC Chair Charlotte Osei and her two deputies Amadu Sulley and Georgina Opoku Amankwah.

The PPP, in a statement, however, said although the president has no obligation to consult political parties or any group of persons outside the Council of State, it is their considered opinion that consulting broadly with political parties would have enhanced the appointment process and the cohesion of the country.

“It would have also helped to deepen our democracy a little bit. The process would have passed the litmus test of transparency, good governance and best practice,” the statement said.

The PPP, however, congratulated the new appointees and charged them to be just, fair and firm in the discharge of their duties.

The Progressive people Party congratulates Mrs. Jean Adukwei Mensah, Mr. Samuel Tettey, Dr. Eric Asare Bossman and Ms. Adwoa Asuama Abrefa upon their appointment as the new Electoral Commissioners of the Republic of Ghana. However, we wish to point out with all due respect, that our Party was not consulted before the appointments were made.

Constitutionally, the President has no obligation to consult political parties or any group of person(s) outside the Council of State. However, it is our considered opinion that consulting broadly including political parties would have enhanced the appointment process and the cohesion of this nation. It would have also helped to deepen our democracy a little bit.

The process would have passed the litmus test of transparency, good governance and best practice.
We do not doubt the competence and capability of any of the appointed commissioners and will help in any way possible to succeed. It is our hope that other political parties and other stakeholders will give them their support.

The PPP will like to reiterate its earlier position that anybody who is privileged to be appointed to those sensitive positions must be just, fair and firm in the discharge of their duties. Public service does not only require competence but emotional intelligence, humility, temperate language and most of all the willingness to render account to the people at any given point in time.

Mrs. Jean Adukwei Mensah and her team will have to settle immediately to address teething issues like the amendment and implementation of the political parties law, implementation of ROPAL, cleaning of the bloated register by linking the registration of NIA to creating a voters registration which is devoid of acrimony and finally to restore confidence and trust in the work of the Electoral Commission.

We therefore call upon then Council of State to expedite the appointment process for the Commission to start work.