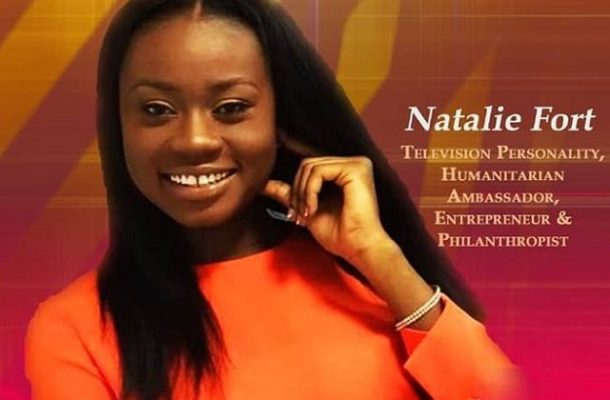 Editors of the two 'gossip' entertainment portals that published defamatory words about Natalie Fort should be prepared to meet her lawyers in court as the TV3 anchor has threatened to take legal action on the issue.

The two websites recently reported that the News360 presenter was pregnant; and that four married top politicians in the country were responsible for her pregnancy.

According to the reports, the pretty newscaster, as a result of the pregnancy had asked to go on an unpaid one year leave of office which had duly been granted.

The said websites have been named as Ghanacelebrities.com and Ghanaslayers.com.

In a statement, however, Natalie described the allegations as false, unfounded and an attempt to tarnish her hard-earned reputation.

According to her, the one year leave without pay was to enable her further her education abroad, and not as initially speculated by those 'gossip websites'.

"My year's leave, which I announced on the concluding segment of News360 June, 2019, is due to a personal desire to further my education abroad while preparing for my upcoming nuptials, in a matter which would not impede on my capacity to perform my professional obligations. This continues to be the reason for which I took a year's unpaid leave and for which I and my family have the financial luxury to afford as opposed to the report's insinuation", she explained.

Natalie, also in the statement strongly indicated that per her upbringing and familiar values, nothing will ever drag her into sleeping with married men or colleagues since according to her, it would be ethically or professionally unwise for her to do so.

"No objections to those who consent to sexual affairs with married men as the report suggests I did. Fortunately my upbringing and familiar values do not coincide with such choices and neither do my professional ethics ascertain sexual affairs with colleagues, regardless how amicable".

Natalie Fort, who is now left with no option apart from seeking court redress over the defamation caused her, said: "Any association with Nana Aba Anamoah, Alfred Ocansey, Okyere, Grant, Ofori Atta and any other names linked to these reports are untrue" and therefore must be disregarded. 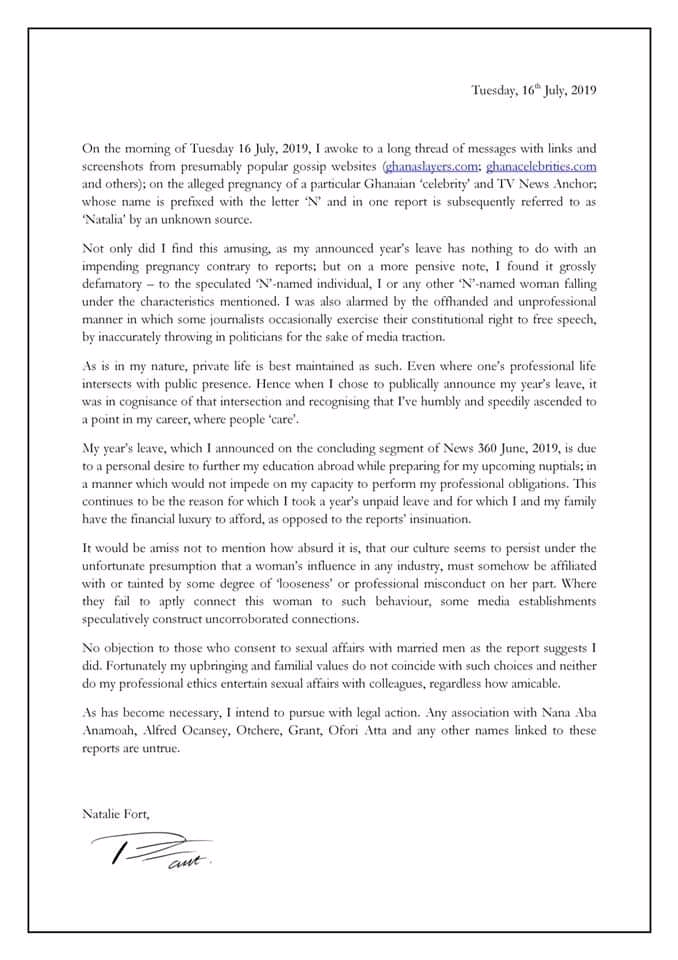