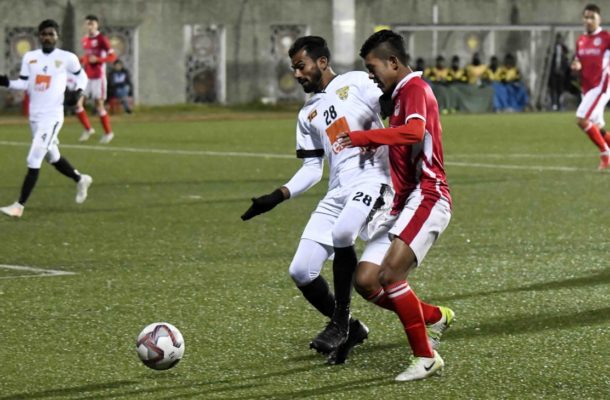 Thimphu: Colombo FC of Sri Lanka defeated Bhutan's Transport United 9-2 on aggregate in a 2019 AFC Cup preliminary stage tie following a 2-1 victory in the second leg at the Changlimithang Stadium on Wednesday.


Colombo will face Indian side Chennaiyin FC in a two-legged South play-off round on March 6 and 13.

The winners of the tie will join India’s Minerva Punjab, Bangladesh’s Dhaka Abahani and Manang Marshyangdi Club of Nepal in Group E.

Transport United started the match with purpose as they aimed to overturn the 7-1 defeat in the first leg and found their breakthrough at the stroke of half-time.

The 2018 Bhutan National League champions took the lead in the 45th minute through Dorji’s strike to give the Thimphu-based club a 1-0 lead at the break.

Any hope of a comeback for Transport United was short lived in the second half as Colombo found their rhythm and started to break down their opponents.

Mohammadu Mohamad Fasal levelled the score in the 62nd minute as Colombo took control of the game before adding another eight minutes from time through Isaac Addevu.Source: the-afc.com