Presidents should be given grace period to vacate official residence – Agbesi 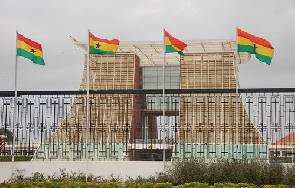 The Deputy Majority Leader, Alfred Agbesi is making a strong case for outgoing presidents to be given enough time to vacate official residence even after a new president has been sworn into office.

Mr. Agbesi, who is also the MP for Ashaiman, on the floor of Parliament Friday lamented that it is not expedient for a president to vacate their official residence as soon as a new president is sworn in.

The MP was contributing to discussions on the Presidential Transition Amendment Bill 2016 which is at the consideration stage.

The bill seeks to address all the difficulties the transitional team encounters any time a new president is elected. It takes care of the delays and the unpalatable condition under which the team operates in getting things in place.

He was particularly against one of the clauses in the bill that says: a former President shall vacate the official resident a day before an incoming president is ushered in.

But other members of the house including the Second Deputy Speaker of Parliament Joe Ghartey disagreed.

Mr. Ghartey insisted that the existing law must prevail, stressing that the residence is equally important as the office.

Therefore the old cannot vacate the office and still be occupying the official residence since they both now belong to the new legitimate President, he remarked.

The Ranking Member of the Select Committee on Constitution, Legal and Parliamentary Affairs, Joe Osei Owusu said he will even be surprised if a sitting president prior to his exit is not able to get a place of his own to reside.

Meanwhile, the bill is now been read the third time and at the consideration stage.