Presidents should be stripped off EC appointments – Dr. Oduro Osae pushes for reform 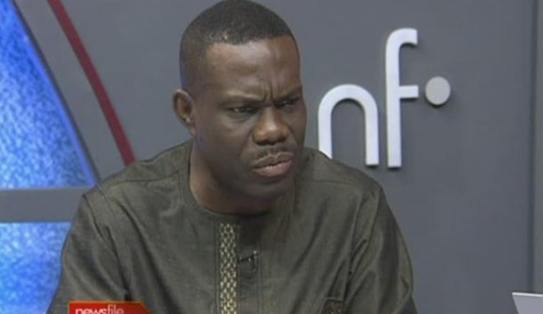 The Dean of Studies and Research at the Institute of Local Government Studies (ILGS), Dr Eric Oduro Osae, has called for a reform in the appointment of Electoral Commissioners.

He wants Presidents to be stripped off the privilege to use their discretion in the appointments to the elections management body.

Dr Oduro Osae’s comment follows the controversy generated the nominations made by President Akufo-Addo to the Electoral Commission (EC) on Monday.

The office of the President on Monday, July 23, 2018, announced the nomination of four officials for the EC.

The nominations became necessary after the suspension of former EC boss, Charlotte Osei and two of her deputies, Ahmadu Sulley and Georgina Opoku-Amankwah as well as the retirement of Pauline Dadzawa, a member of the commission.

The opposition National Democratic Congress (NDC) has said it is shocked by the appointments.

General Secretary of the party said in a press release that the appointment goes contrary to the fairness and neutrality that Ghanaians were assured of by President Addo Dankwa Akufo-Addo  prior to the nominations.

“We are shocked because until this appointment the president had given assurance to the nation that the person to be appointed into the Commission would be persons whose integrity and political neutrality would be above board” the statement read.

The statement also said the NDC will reveal the covert activities of Mrs. Jean Mensah for the NPP which makes her unfit to occupy the position of the EC Chair with further and better particulars in due time.

He said although he personally has nothing wrong with the four nominations, he suggests “the appointment power should be… advertised for people to apply and approved by the public.”

Dr. Oduro Osae, who is also a lawyer, said the President did not err with the nominations notwithstanding the legal tussle that ensued over the removal of the former EC boss, Mrs. Charlotte Osei.

Meanwhile, National Chairman of the PNC, Bernard Monarh, believes with exception of Mr. Samuel Tettey, all the three nominees are politically affiliated.

He said the political affiliations of the three undermine their credibility.

Mr. Monarh predicts that Mrs. Jean Mensah, will oversee only one major election because her appointment is not merited and lacks the tenacity to withstand the pressure that comes with elections in Ghana.