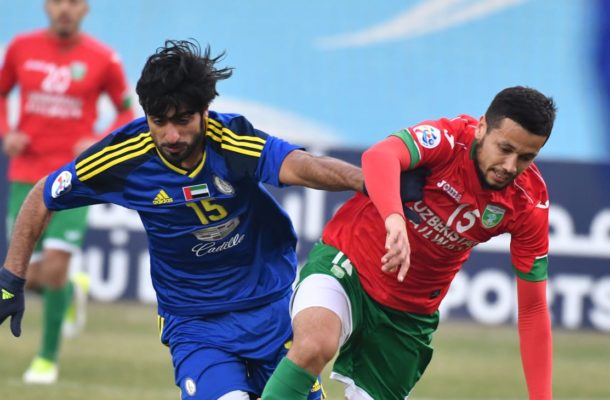 Tashkent: Uzbekistan’s Lokomotiv will start their fifth successive AFC Champions League campaign with a home tie against the United Arab Emirates’ Al Wahda in Group B at Lokomotiv Stadium on Monday.


The Uzbek champions, who defeated AGMK FC 2-1 to win the Uzbekistan Super Cup last week, have won the league title in their homeland for the past three years and are currently the country’s dominant force.

Lokomotiv have been eliminated at the AFC Champions League group stage in the past two years, though, with qualification for the last 16 in 2016 their best performance on the Continent to date.

Al Wahda return looking to improve on their 2018 showing, when they exited at the group stage having picked up just a solitary point. The Emirati side suffered a 5-0 defeat to Lokomotiv in Tashkent in their tournament opener last year and also lost 4-1 to the Uzbek team at home.

The Abu Dhabi side, who will be without the suspended Salem Sultan, are on a mixed run of form domestically but warmed up for match with a 4-1 victory over Bani Yas in the UAE Pro League on Wednesday.