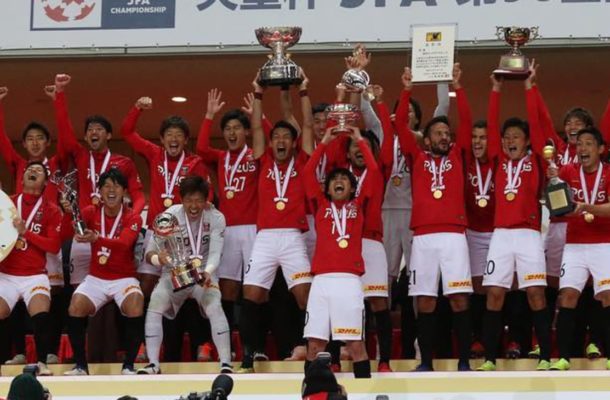 Saitama: Urawa Red Diamonds return to the AFC Champions League for the first time since lifting the 2017 title when they host Thailand’s Buriram United in Group G at Saitama Stadium on Wednesday.


The Japanese side defeated Saudi Arabia’s Al Hilal in the final two years ago to add to the title they won a decade earlier, but they failed to qualify for last year's edition. However, after winning the 2018 Emperor’s Cup, Urawa will make their seventh appearance on the Continent.

Oswaldo de Oliveira’s team have had a poor start to their domestic season, losing the Super Cup to Kawasaki Frontale and then picking up one point from their opening two J.League games, with a 2-0 loss to Consadole Sapporo at the weekend their latest result.

The visitors, who have never faced Urawa in the competition, reached the last 16 of the 2018 AFC Champions League before being eliminated by Jeonbuk Hyundai Motors. Their best ever performance, meanwhile, remains a quarter-final appearance in 2013.

Buriram won their fifth league title in six years in 2018 but the dominant force of Thai football have had a somewhat slow start to their 2019 season, drawing their opening two games which included a 0-0 stalemate with Suphanburi on Friday.