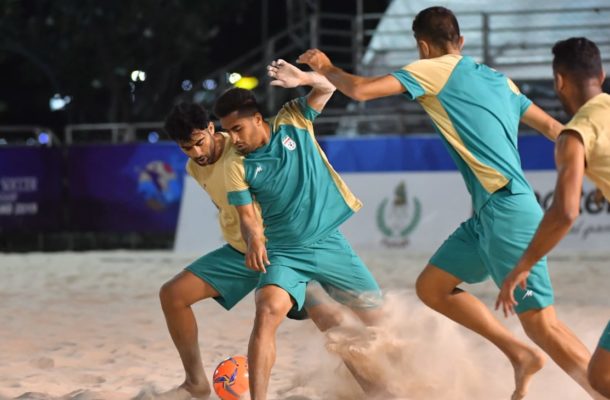 Pattaya: A third-place finish at the 2017 Beach Soccer World Cup and the recent capture of the 2018 Beach Soccer Intercontinental Cup title underline Islamic Republic of Iran's credentials as one of the world's strongest teams, but head coach Marco Octavio insists nothing will be taken for granted in their opening AFC Beach Soccer Championship Thailand 2019 match against Iraq.


With a legion of stars including Mohammad Masoumizadeh and Mohammad Ali Mokhtari at their disposal, the reigning champions are among the favourites to claim the title on March 17, but Ocatvio knows there are countless examples of highly-favoured teams coming unstuck and urged his players to perform from day one.

"Two days ago we saw Real Madrid lost at home, and we had an experience in my country Brazil, where we lost a (FIFA) World Cup semi-final 7-1 as favourites (against Germany in 2014)," he said.


"So we learn, and we know we are powerful and we have a good team with a lot of confidence, but we also have a lot of respect for our opponents. We have strong teams who are working just as hard as us.

"We now have to concentrate 100 percent on our first match against Iraq, who are a very strong team who have made a very good preparation."

As if being drawn against the holders wasn't difficult enough, Iraq's other Group D opponents are Oman, who have made two appearances at the FIFA Beach Soccer World Cup.

"The first match we play is against the second (ranked) team in the world. This is a good experience for our players," said head coach Karim Moghaddam, who will compete against his country of origin on Matchday One.

"We must play against some of the best teams in Asia, and we will try to play very well."

Meanwhile, experienced Oman head coach Talib Hilal said his side would be well prepared despite watching as the odd team out on Matchday One.

"It can be an advantage or a disadvantage (not to play on Day One) and it depends how you prepare yourself," he said.

"The advantage is that I can watch my opponents and prepare my team against them, and the disadvantage is I have many days of rest before my first game, but we are ready."