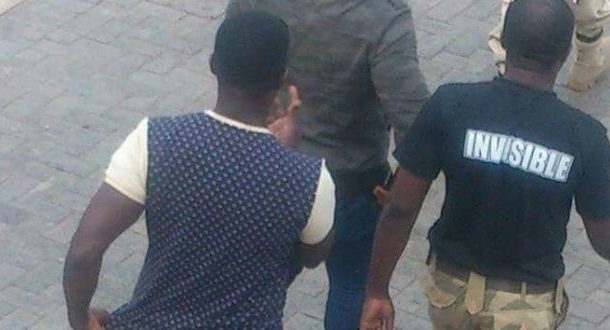 Two vigilante groups aligned with the ruling New Patriotic Party (NPP) – Invisible Forces and Task Force were involved in a prolonged exchange of gunfire in Tamale on Monday night, according to reports.

In what can be described as gangland gun violence, an Invisible Forces Office near the West Hospital reportedly came under heavy fire for close to 30 minutes.

JoyNews eyewitness account said that two gunmen on a motorbike had stormed the Invisible Forces office and opened fire. They were later joined by other gunmen who topped the shooting with the vandalism of the office.

Two persons in the building are said to have fled for their life.

According to the report, the attack had started from the NPP’s national delegates’ conference in Kumasi, the Ashanti regional capital over the weekend.

Osman Yaro, who is described as a spokesperson for the Task Force goon squad, is said to have explained that one of their members who is known as ‘See me’ was accused of being an armed robber in Kumasi by the Invisible Forces and consequently beaten up.

Later seven members of the Task Force had been arrested but later released.

Yaro accuses the Tamale wing of the Invisible Forces of conniving with counterparts in Kumasi to attack the leader of the Task Force and that media reports that some armed robbers had been arrested mentioned members of the squad.

This attack and subsequent labeling of the Task Force members did not go down well with the group. However, Yaro claims it is not the group members who carried out the gun attack. “The Invincible Forces themselves were the ones firing guns,” he is quoted as saying.

The incident has reinforced earlier reports that the Akufo Addo administration had simply paid lip service to the anti-vigilante law and had gone ahead to heavily arm its party thugs.

Also, the proliferation of guns to these party gangs has been linked to the explosion in the occurrence of violent armed robbery incidents throughout the regime of the Akufo Addo administration.

“A person who directly or indirectly instigates or solicits the activity of a vigilante, facilitates or encourages vigilantism, or conceals a vigilante to avoid lawful arrest, commits an offence, and is liable, on conviction, to a term of imprisonment of not less than ten (10) years and not more than fifteen (15) years,” the law says.

Meanwhile, the Invisible forces’ Mohammed Alhassan is reportedly told JoyNews that the gun violence is from the Bawumia versus Alan Kyeremanten factions in the party in the lead up to the NPP’S national delegates conference where the two are jostling to become the party’s flagbearer.

According to him, the Task Force group had lobbied some party supporters to join them from Tamale to root for Alan Kyeremanteng as flagbearer during the party’s conference over the weekend.

The Tamale Police is said to have said they are investigating the incident.