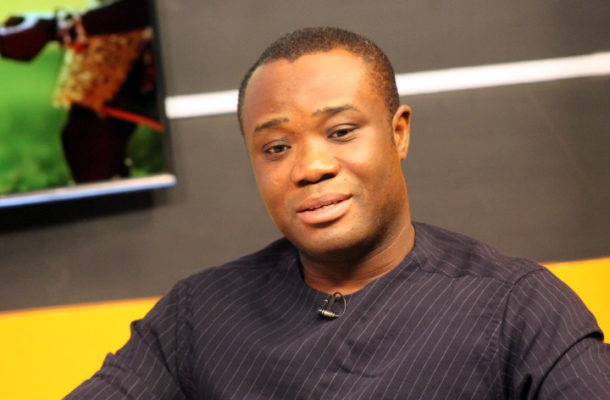 A pressure group, The Centre for National Affairs has petitioned Special Prosecutor Martin Amidu, to probe former deputy Communications Minister, Felix Ofosu-Kwakye for allegedly pocketing $6million meant to be given to some members of the Electoral Commission (EC).

According to the group, the allegations made against the former deputy communications Minister in a leaked audio by one of the Commissioners, Madam Paulina Dadzawa must looked into by the office of the special prosecutor.

The Centre for National Affairs, in a statement, further urged the Special Prosecutor to prosecute the sacked chairperson of the Electoral Commission (EC), Mrs Charlotte Osei and her two deputies, Amadu Sulley and Georgina Opoku Amankwah for breaching procurement laws.Mrs Osei and her two deputies were fired by President Nana Addo Dankwa Akufo-Addo last week on the advice of a committee set up by the Chief Justice to look into several allegations levelled against them.

The group indicated that many Ghanaians have applauded the dismissal of the trio but “applauding alone without the demand for prosecution is grossly unfair, a slap in the face of Ghana's criminal laws and an entrenchment of the perception that only the poor and less-privileged go to jail.”READ THE FULL STATEMENT FROM THE CENTRE BELOWSPECIAL PROSECUTOR PETITIONED TO PROSECUTE FORMER ELECTORAL COMMISSIONER AND DEPUTIES INDICTED IN CHIEF JUSTICE REPORTLadies and gentlemen of the press,We have called this press conference because although the Chief Justice has finished her work in regard to an impeachment petition against the Electoral Commissioner and two deputies, there is still unfinished business.Which is that the sacked Commissioners, Charlotte Osei, Georgina Opoku Amankwah and Amadu Sulley must be prosecuted.We at the Centre for National Affairs want to draw the nation's attention to the recommendation of the Chief Justice committee for prosecution of officials at the EC.While many have applauded the removal of the bickering trio at the Commission for incompetence and stated misdemeanour, applauding alone without the demand for prosecution is grossly unfair, a slap in the face of Ghana's criminal laws and an entrenchment of the perception that only the poor and less privileged go to jail.It deepens the widely held suspicion that the political class is generally an unjailable class. Immediately the report was released state agencies - security and prosecutorial - should have notified the public of its interest in prosecuting Charlotte Osei, Georgina Amankwah and Amadu Sulley.Removing a political office holder from her position is not punishment. How could it be that a man who has been called to serve his country is later told not to severe in that capacity?If a teacher for example is convicted of rape how could it be a punishment to order him to stop going to school to teach? This is how farcical it is when commissioners indicted in the commission of crimes are simply told to go home.If the public procurement act set up to ensure Ghanaians get value for money on government purchase of goods and services is flagrantly disregarded then Ghana is back to square one and the Act becomes really a non-existent farce in practice.This is why we at the Centre for National Affairs have petitioned the Office of Special Prosecutor (OSP) to commence action against the sacked Electoral Commissioner and her two deputies.The Special Prosecutor Martin Amidu is exactly the kind of person and his office exactly the kind of office to handle this matter.Punishment for procurement mishaps among the political class is actually the main reason for the setting up of the office in 2017.The functions of the Office are provided for under clause 3 of the Special Prosecutor Act, (Act 959). The very first one is the investigation and prosecution of cases of alleged corruption and corruption related offences under the Public Procurement Act, 2003 (Act 663)In other words, Martin Amidu's number one job is investigate and prosecute exactly cases as we have been presented at the Electoral Commission.The Special Prosecutor must not shirk this responsibility and the CAN urged the Ghanaian public not to create an environment for his to do so.Very often, the perception is that the Special Prosecutor is set up for partisan political actors it clearly includes the Electoral Commissioners.Their independence stops at the doors of the Special Prosecutors office. Charlotte Osei, Georgina Owusu Amankwah and Amadu Sulley must not go home.We have also asked the Special Prosecutor to show interest in an audio recording containing allegations that a former deputy Communications minister Mr. Felix Kwakye Ofosu allegedly shares 12 million cedis with the sacked EC boss when the money was meant for the commission.The damning audio is alleged to be the voice of one of the Commissioners, Madam Paulina Dadzawa who is allegedly heard making statements on the involvement of Madam Charlotte Osei and Mr. Felix Kwaakye Ofosu in sharing cash.Ladies and Gentlemen of the media, our governance system has grown to be sensitive enough to be interested in suspicion of wrong doing. While the public is free to treat the audio as gossip or its content merely salacious, Ghana's law don't have that luxury.The Special Prosecutor in particular doesn't. He is required to as state in the functions of his office under the Act.The important word is SHALL. It is a word that imposes a responsibility and we urge the Special Prosecutor to pay some attention to the allegations against the former deputy minister.Ghana is not at war. The only war we have, is to fight corruption, poverty and disease. Corruption impoverishes a country and leaves us exposed to a lack of basic services.A lack of ambulance to carry the sick in emergencies, a lack of classrooms, tables and chairs for our children to study and a lack of good drinking water.Whenever we hear of corruption, this country's citizens must weep and then be angry because it always means an opportunity cost for development.We must not be quick to wear partisan hats, we must be Ghanaians at heart. The Centre for National Affairs will continue to remain very interested at happenings at the Electoral Commission.Barely a week after we petitioned the Chief Justice on the impeachment proceedings against the three commissioners, we received assurances that finality will be brought to the matter.We have petitioned once again the Special Prosecutor and we are convinced it will mark the beginning of finishing an unfinished business.Thank you all for coming.