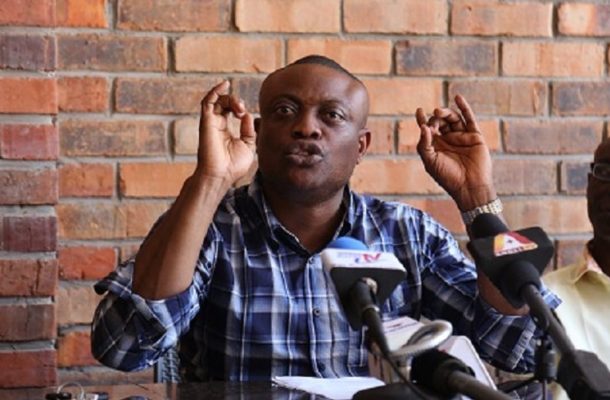 Private legal practitioner, Dr. Maurice Ampaw has stated that the embattled Political Science lecturer at the University of Ghana, Professor Yaw Ransford Gyampo refused to apply his wisdom in the scheme landing him into the embarrassment he finds himself now.

In his view, the controversial lawyer said Prof. Gyampo should have resisted the beautiful ‘student’ who has landed him in the ‘sex for grades’ scandal.

According to him, the learned Professor should have rather cast his net outside the campus but not try to take advantage of a pretty ‘student’ who offered to let him mentor her.

“Gyampo did not apply his wisdom at all, there are ladies all over the place, as a Lecturer, you go outside your territories and do these things, I have lectured for 12 years in 5 universities but I have never fallen prey for such things,” he said on Accra-based Happy FM.

Professor Gyampo who is the Head of European Studies at the University of Ghana (UG), argues that he was entrapped by undercover journalists of BBC Africa Eye; insisting he did nothing wrong.

“The BBC of yesteryears that was independent and looks into matters from all angles is now the BBC of a few people who are paid by some politicians who do not like people who are independent-minded. They get paid and they get pushed to do their bidding. I have not slept with her and I didn’t sleep with her. I didn’t touch her; I haven’t done anything untoward. I was entrapped”.

He continued: “I don’t care, once I haven’t done what they said I have done, my conscience is clean. I will continue to do what I know how to do best; I will teach, treat my students with love and respect, I will say my mind on all national issues at all times, damn the consequences”.

But Lawyer Maurice Ampaw revealed that the Senior Lecturer should not have misconducted himself in the manner he did.