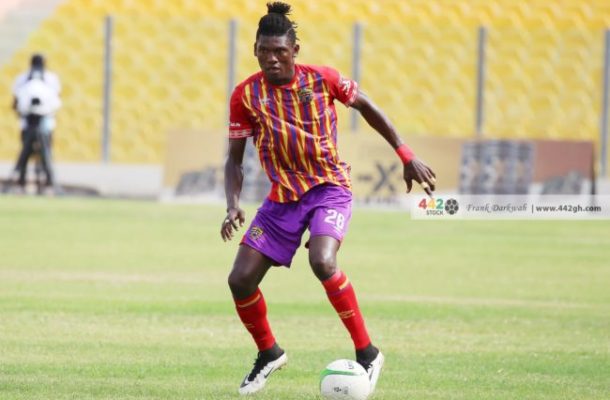 Accra Hearts Oak after being named in the squad making the Trip to Enyinasi to face Karela.

Accra Hearts of Oak head coach Samuel Boadu has named a 21-man squad list the include the Congolese left back for their match-week 21.

Delay in renewing  his work permit has resulted in the sack of  the club's Operations Manager Alexander William Coleman.

But he is making a huge return for the big match after securing  the permit within the week.

Dankyi, who has been playing for the role, has been dropped from the squad for the first time since the second round began.

Dominic Eshun, Obeng Junior and James Serwonu have made a return to the match-day squad after missing out in their last fixture.

The Phobians will be traveling to Anyinase to battle out with Karela United in the all-important fixture after their first meeting in the first round ended in a scoreless stalemate.

Below is the Hearts of Oak 21-man squad list for Karela United game;