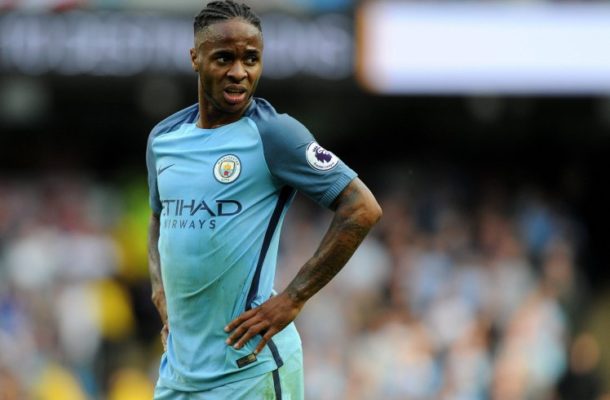 epa05481135 Manchester City's Raheem Sterling in action during the English Premier League soccer match between Manchester City and Sunderland at Etihad Stadium, Manchester, Britain, 13 August 2016. ..EDITORIAL USE ONLY. No use with unauthorized audio, video, data, fixture lists, club/league logos or 'live' services. Online in-match use limited to 75 images, no video emulation. No use in betting, games or single club/league/player publications EPA/PETER POWELL

The Manchester City winger has won the award for the first time in his career following a combination of votes from the public, a panel of experts, and Premier League captains.

Chelsea’s Eden Hazard won the public vote, but Sterling has scooped the award ahead of the Belgian, Antonio Valencia and Curtis Davies following his impressive start to the season for City.

Pep Guardiola’s side have won all three of their Premier League games so far, while Sterling has scored two goals and registered one assist.

‘As a club we’ve had a fantastic start to the Premier League season and to be recognised individually in this way is very pleasing.

‘To receive personal awards is great, but it really is all about the team.

‘We’re only just at the beginning of the campaign and there is a long way to go, but I only hope that this is a sign of things to come and by the end of the season the team will be getting our hands on some silverware. source:metro.co.uk