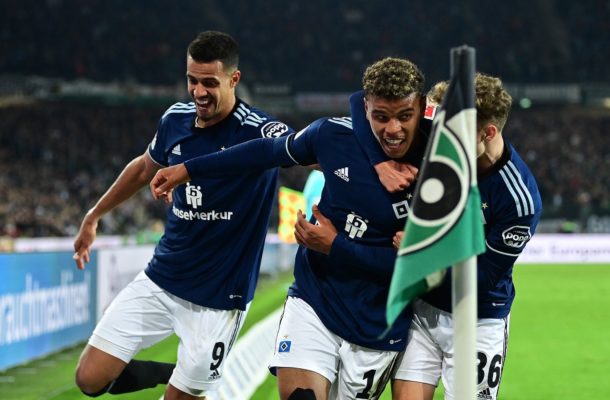 Fresh from his Ghana debut, Ransford-Yeboah Königsdörffer was the hero for Hamburger SV on Friday night as they defeated Hannover 96 2-1.

The Ghanaian forward was a second-half substitute and scored an amazing solo goal to grab the winner for his side.

It was the eighth away win in a row, something that had never happened before in the history of the 2nd division. And this victory came about in dramatic fashion, because the hosts, with the help of HSV, had already taken a 1:0 lead in the 4th minute through Muroya, and the 1:1 equaliser also came about in a curious way when Börner deflected a Heyer cross into his own goal in the 15th minute.

For the rest of the game, the Reds were unable to force a second goal despite having the advantage and good chances for Glatzel & Co. before Königsdörffer, who had been substituted shortly before, started an unbelievable solo in his own half in injury time, could not be stopped and actually scored the 2-1 winner.