Razak Kojo Opoku Writes: It Is Needless To Call For Resignation Of Ken Ofori-Atta Over The Sputnik Vaccines 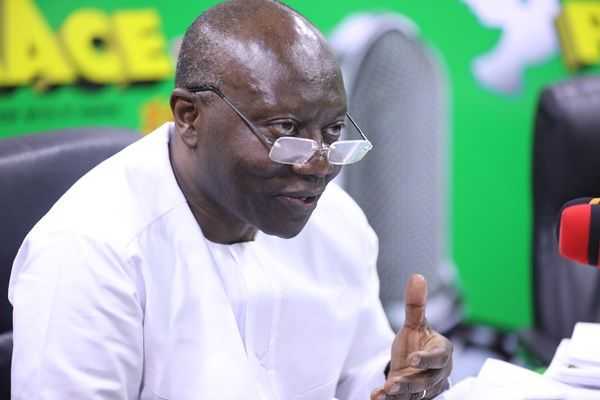 The calls for the resignation of the Minister of Finance, Hon. Ken Ofori-Atta over the botched Sputnik Vaccine Supply deal by the elements of the National Democratic Congress is baseless and needless. The agenda of dragging the Minister of Finance into the whole discussion is clearly born out of empty hatred against the person of Hon. Ken Ofori-Atta simply because he is a cousin of President Akufo-Addo.

The noise from the NDC elements and the call for the resignation of Hon. Ken Ofori-Atta, Minister of Finance is just an attempt to divert Ghanaians attention from the ongoing discussion on the Saglemi Housing Project Scandal caused by Mahama and the NDC Administration.

"He who comes to equity must come with clean hands". I would like to ask the NDC officials and members the following equity questions:

1. Did Dr. Kwabena Duffour ever resign as a Minister of Finance when he paid a whopping 51.2 million Ghana Cedis to Alfred Agbesi Woyome under the Mills/Mahama's Government?

2. Did Seth Terkper ever resign over the $3 million cash-filled plane to Brazil during the World Cup tournament?

3. Did Seth Terkper ever resign over the payment of 3.6million Ghana Cedis to the Smartty's Bus branding saga?

4. Did Seth Terkper ever resign over the inflated $600million Ameri Power deal under Mahama's Government?

5. Did Seth Terkper ever resign over GYEEDA and SADA Scandals under Mahama's Government?

6. Did Seth Terkper ever resign over Airbus Scandal under Mahama's Government?

7. Did Seth Terkper ever resign when he paid $179 million for $64million work under the Saglemi Housing Project Scandal?

8. Did Seth Terkper ever resign over the embezzlement of $114million by NDC Officials under the Saglemi Housing Project Scandal?

It is very imperative for the officials, Members of Parliament, and communicators of the NDC to stop the ugly noise, the double standards, political hypocrisy, political blackmail, and propaganda against Hon. Ken Ofori-Atta and family members of President Akufo-Addo.

The Minister of Finance, Hon. Ken Ofori-Atta shall not resign today, tomorrow or in the future over the procurement of Sputnik Vaccine by the Minister of Health.

Since Sheikh Al Maktoum has agreed to refund the money for the vaccines, what is the basis for the calling of the resignation of the Minister of Finance if not for sheer hatred, political blackmail, and propaganda against the person of Hon. Ken Ofori-Atta by NDC members.

However, it is also needless to attack the Health Minister more especially, considering the difficult situation the country was going through during the peak of the COVID-19 cases. Clearly, any rational and emotionally intelligent person who cherish the lives of human beings over money would do everything humanly possible to save the lives of his people at the expense of money and procurement procedures, and that is exactly what the Health Minister did as a compassionate reasonable human being who cherishes saving lives of human beings than protecting money.

Under Section 18 of the Public Financial Management Act, 2016 (Act 921) passed by Mahama's Government, the Health Minister did no wrong in the procurement of the vaccines considering the critical situation at the time.

We also have to appreciate the fact that, the best decisions taken by President Akufo-Addo and his able Minister of Finance and Health Minister counted Ghana as one of the best managers of COVID-19 globally.

If Sammy Gyamfi, Clement Apaak, the Minority in Parliament (then-Majority under Mills/Mahama's Administration) could not call for the resignation of Seth Terkper and Dr. Kwabena Duffour over Woyome, GYEEDA, SADA, Ameri, Airbus, Smartty's Bus Branding, Brazil World Cup and Saglemi Housing Project Scandals then certainly, the elements of the NDC have absolutely no basis and justification to call for the resignation of Hon. Ken Ofori-Atta over the refunded $2 million which was meant for the procurement of Sputnik Vaccine with the sole intention of saving the lives of Ghanaians from the COVID-19 pandemic.

It is equally important to point out that, it is absolutely childish to compare the procurement breaches of Charlotte Osei to that of the Health Minister who was under enormous psychological pressure and stress to saving the lives of Ghanaians from the global COVID-19 pandemic.

The NDC people need to be serious thinkers with compassionate hearts for human lives.

Protecting human lives from COVID-19 is more important than procedural errors in procurement.

Hon. Ken Ofori-Atta has done absolutely nothing wrong to warrant resignation. Therefore the calls for the resignation of the Minister of Finance, Ken Ofori-Atta is needles, baseless, and without any form of merit.