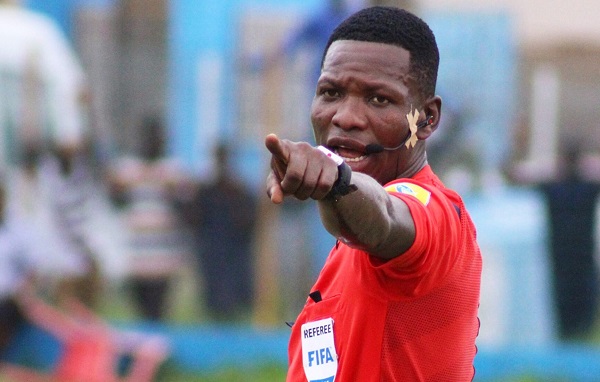 Who won your favourite matches? What are the controversies going on in the league? What are the latest achievements in the Ghanaian football scene?

Find answers to those questions and more in our latest events and news revolving around football in Ghana.

Kofi Manu banned for one year


GFA Ethics Committee decided to ban Kofi Manu for his violation of Article 18 of the GFA Code of Ethics (2019). Manu will be unable to partake in any football-related activity for a whole year.

Manu’s violation started with his alleged participation in the Tiger Eye’s Number 12 Documentary. The code of ethics Manu breached obliges a duty to cooperate with the Ethics Committee at all times with honesty and good faith.


After beating Niger 4-1 in the Semi-Finals, Ghana on Dec. 18 won the 2020 WAFU Zone B Cup of Nations. The Saturday match was exciting as the Black Satellites made a tremendous comeback to beat Burkina Faso 2-1 at Charles de Gaulle stadium.

Burkina Faso started the match on a strong attacking note. In the 16th minute, they got a goal through Kouame Jean Fiacre. Ghana finally got an equalizer late in the first half when Daniel Afriyie finished off a Percious Boah free-kick.

The comeback was complete in the 79th minute when Precious Boah laced the ball beautifully into the net from a 35-yard free-kick. Ghana held onto the lead until the final whistle to seal their first WAFU Cup of this category.


It was matchday six in the Ghanaian Premier League where we saw the encounter between Bechem United and Karela United at the Fosu Gyeabour Park.

The two teams came to the game undefeated looking to break each other’s record. Stephen Owusu opened the scoring for Bechem United late in the first half. However, Karela United quickly drew levels with the home side from a goal by Diawusie Taylor.

The match was looking to end in a draw until Listowel Amankona came from the bench to change the game. Amankona scored from a poor save by the keeper.  He taps the ball softly into the net in the 89th minute from the rebound.


There were lots of action in this week’s matches, but one cannot deny that there were also loads of juicy odds on different betting sites.

For one, football betting odds on oddsmanager were quite favourable to the bettors of the league. The odds for Berekum vs. Aduana ending in a draw were 2.88.

Bettors who missed the chance of winning any of these odds can still participate in the coming Ghana football matches. They can expect to increase their chances by following the latest news.


Ghanaian referee Daniel Nii Laryea is among the best 20 pro referees on the African continent. It was released in the latest ranking by the Confederation of Africa Football (CAF) on December 5, 2020.

Factors for his ranking include consistency, performance, integrity, and conduct. Laryea is currently Ghana's number one referee on the elite list. A list that comprises eight males and two females who renowned themselves in officiating within the last 24 months.

Laryea will be the only Ghanaian referee to appear in the 2020 CHAN competition slated in Cameroon from January 16 to February 7 in 2021.