Rehab for toddler in torture video as mother arrested 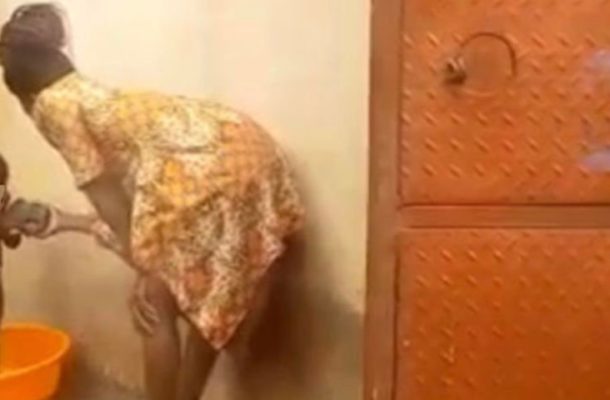 Authorities have taken a two-year-old girl who was recently seen being physically abused by her mother and taken her to a daycare center where she is receiving medical care.

The district officials responded when a video from Busula A in Katikamu Sub County of Luweero District, Uganda, went popular on social media.

The girl displayed symptoms of torture and was in terrible health, so the Luweero District Probation Officer, Ms. Joyce Namigadde, revealed on Sunday that her office, along with the Uganda Police Force's Child and Family Protection Unit, took her to a hospital for evaluation and treatment.

"The baby is currently in safe care and undergoing therapy. She has been temporarily moved to a childcare center in the Luweero District. She will be given to a family member who is prepared to care for her safely," she stated in an interview.

On Sunday, Mr. Living Twezagye, the commander of the Luweero District Police, reported that the suspect, Deborah Nabulime, 22, was taken into custody and was being held at the Luweero Central Police Station.

"After learning that the video that was becoming viral on social media was shot at Busula in Luweero, our police went to the scene at Busula A in Katikamu Sub County and detained the suspect. The police investigative team is still on the scene gathering further data," he said.

In an interview, Mr. Edward Lutwama, the LCI Chairperson of Busula A village, stated that despite villagers' claims that the suspect had been torturing the baby frequently, his office had no formal records of the torture.

"I just had a rumor that Ms Nabulime was torturing the baby on the day she was arrested on Saturday. It is unfortunate that we live in a society where everybody minds their own business at the expense of life threatening incidents," he said in an interview.

Between May and August 2022, the Luweero District Probation Office recorded 14 occurrences of child abuse.

Ms. Namigadde added that the district is seeing an upsurge in domestic violence instances.

"We are surprised that the case involving the two-year old was executed by the mother of the baby. This mother has a four-months old baby and another three- year old. We shall dig deeper and ensure that she undergoes a mental checkup," she said.