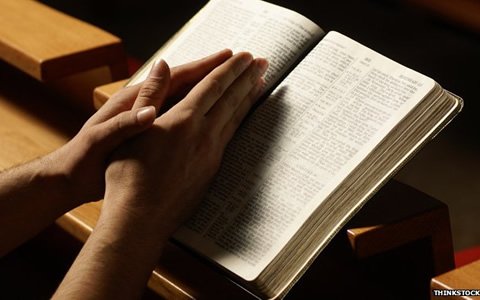 A new study of over 1,500 obituaries finds that religious affiliation is linked with a 4-year longevity boost. Social conformity may play a role.

Although the reason for this remains a mystery, it's a known fact that women tend to live longer than men.

In the United States, women might live to 81.2 years, on average, whereas men have a life expectancy of just 76.4 years.

As well as sex, researchers are unearthing more and more factors that have the potential to prolong our lives.

Social interaction, having a pet, and walking faster have all been recently shown to boost one's longevity.

Could religion have the same effect on our lifespan? New research suggests so. Researchers led by Laura Wallace, a doctoral researcher in psychology at the Ohio State University in Columbus, have conducted two studies whose results show that religion could give believers a 4-year longevity boost.

The findings were published in the journal Social Psychological and Personality Science.

Religion boosts lifespan by up to 6.48 years

In the first study, Wallace and colleagues analyzed 505 obituaries published in the Des Moines Register between January and February 2012.

The second study analyzed 1,096 obituaries published online in 42 major cities across the U.S. between August 2010 and August 2011.

In both studies, the researchers accounted for sex and marital status, as well as the number of religious social activities the people had participated in.

The first study showed that religious believers lived 9.45 years longer than those who did not have a religious affiliation in their obituary.

After their sex and marital status had been accounted for, believers lived 6.48 years longer, on average, than non-believers.

In the second study, that gap was 5.64 years at first, then 3.82 years after considering sex and marital status.

"Religious affiliation had nearly as strong an effect on longevity as gender does, which is a matter of years of life."

Why religion may promote health

As aforementioned, studies have highlighted the importance of social activities for longevity. Thus, Wallace and team wanted to verify that the longevity boost was not explained by the social and volunteer activities that the people had participated in.

The researchers speculate on potential reasons why religion gives a longevity boost. Baldwin Way, a co-author of the study and an associate professor of psychology at Ohio State University, says that religious believers may refrain from unhealthful practices such as drug and alcohol use.

Moreover, "many religions promote stress-reducing practices that may improve health, such as gratitude, prayer, or meditation," the researcher adds.

While these are just hypotheses, one thing that the study did show with a fair degree of certainty was that conformity mediates the relationship between religion and longevity — that is, in cities where conformity was important, believers lived longer than non-believers.

"The study provides persuasive evidence that there is a relationship between religious participation and how long a person lives."- Baldwin Way.