Responsible reportage is expected from the media - EC 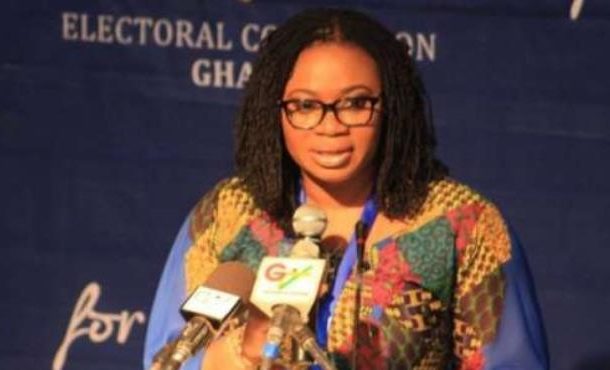 The Electoral Commissions (EC) has said there is the need for responsible reportage on the part of journalists to make this year's elections one of the best in our political history.

Journalists must report accurately on the elections and avoid declaring winner ahead of the EC.

The practice has the tendency of causing confusion among political parties and their supporters, Mr Azu Bosco Anyigire, Upper West Regional Director of the EC, has said.

He said the media is a major partner of the EC in ensuring that the elections are conducted successfully.

Mr Anyigire said this when addressing media practitioners at a day's capacity building on media reportage for the 2016 presidential and parliamentary elections in Wa.

He called on political parties to bring their polling agents to the EC for training so that they could abide by the EC's code of conduct in the implementation of their duties.

Mr Anyigire said the EC in the region has not accepted two nomination forms from Mr Ali Abdul Rahman, an independent candidate in the Wa Central Constituency and Mr Mani Maxwell, who was to contest the Jirapa parliamentary seat on the ticket of Independent People's Party.

The two candidates presented their nomination forms to the EC without any bank draft and had not visited the EC's office since then.

The Regional Director said 51 nomination forms have been received from candidates contesting the parliamentary seats in the region.

Mr Chris Alalbila, a retired broadcasting journalist, urged journalists to report exactly what they see on the field without biases and avoid conjectures and presumptions which are likely to inflame tensions among political parties.

'Our responsibility is to make Ghana go through successful elections. Journalists must avoid going into the elections with bias mind.

'Our purpose is to inform Ghanaians with accurate information on the elections', he said.

Mr Alalbila, who spoke on: 'Importance of media reportage on election', said the active participation of the media could help bring successful elections.

He urged the media to cross check from EC when in doubt and should not rush to air or file false information which is likely to cause confusion.