Revealed: The three players that will leave Kotoko at the end of the Month. 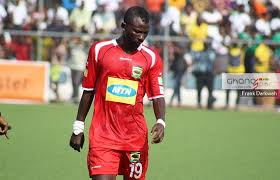 According to several reports in the Kumasi media, Kumasi Asante Kotoko have decided to part ways with three players at the end of this month.

The former Kariobanji Sharks striker has never really been one the fans favorite players.

Jordan and Sefah are sitting on a contract that is set to expire at the end of Dec 2019 and the Porcupine Warriors have decided not to extend their deal when it runs out.