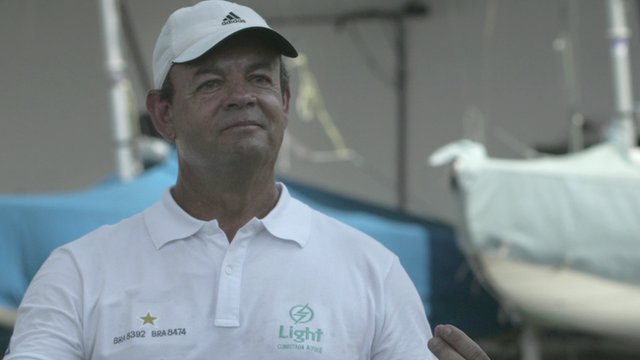 Lars Grael is a two-time Olympic medallist and 20 years ago was one of Brazil's leading sailors, until a freak accident resulted in him losing a leg.
Grael, who returned to sailing and was world champion in the Star class in 2015, has added another focus to his life - a sailing school for state-educated children.

"In the fight for a cause to live for, the project gave me a direction, a true north on my compass," he says.

Project Grael teaches children and young people aged from nine to 24 to sail and learn about nautical engineering.

It has produced one of Brazil's up-and-coming stars - world champion Samuel Goncalves, who partners Grael in the premier dinghy sailing Star class.