Rise in prayer to turn fortunes around - Apostle Nyamekye to Christians 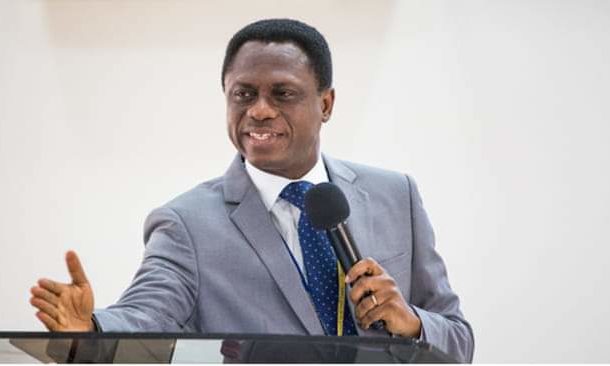 Apostle Eric Nyamekye, Chairman of The Church of Pentecost, has underscored the importance of prayer in the lives of believers as it has the potency to change situations and circumstances affecting their families and marital lives for the better.

“We bear needless pain all because we do not carry our issues before God; we crush under burdens and yokes because we do not teach on them. So, when we teach and pray, unpleasant situations will change for the better,” Apostle Nyamekye said in a live televised sermon on PENT TV during a Special Evening Service on Sunday, August 14, 2022, as part of his series on “Marriage & Family Life - An ‘Endangered’ Institution.”

Speaking on the topic: “Be Careful What You Call Impossible,” Chairman Nyamekye urged Christian couples to invest their full trust in God for the sustenance of their marriages as they engage in prayer.

“Let us trust God for the sustenance of this institution of marriage between a biologically male and biologically female. When we rise in prayer, this thing called LGBTQI+ will fusile into thin air because darkness cannot comprehend light,” he said.

He further noted that with prayer, broken marriages and family altars will be restored; recalcitrant and wayward children will be brought back to God; and Christians homes will be churches and seminaries.

“When we lift up a prayer unto God, parents will rise to their responsibilities and our marriages and family lives will be exemplary so that people will love what they see,” he added.

Reflecting on the lyrics in John Newton’s song, Apostle Nyamekye advised Christians not to despair when the situation in their marriages looks dire and impossible, but they must rather petition God through prayer. He defined prayer as “bringing God into the equation or introducing God into the matter.” He noted that reviving the institution of marriage and family life is highly possible in this perverse generation if only Christians will wrestle by prayer.

“We can raise the best husbands, best wives, best children, best masters, best servants, best magistrates, best subjects and by so doing the gosepel of Christ will not be blasphemed because we were created to do good works,” he said.

He, therefore, charged Christians to arise and put on their strength (Isaiah 52:1-3), stressing that, “When we put on our strength (pray), there will be nothing out there that can be called impossible.”

To buttress his assertion, the Chairman cited an instance in Isaiah 38:1-5, when King Hezekiah, on his sickbed, prayed fervently to God and had his life prolonged by fifteen years after God Himself, through Prophet Isaiah, had told him to put his house in order because he was going to die and would not live.

“God cannot change His nature, but with prayer, He changes His mind,” he revealed.

“Be careful what you call impossible. All is not lost; it is not over yet. Raising family altars again is achievable; a consistent Christian life is achievable. Just lock up yourself in the room and cry unto God and relief will appear because God is still alive and not dead,” he assured.