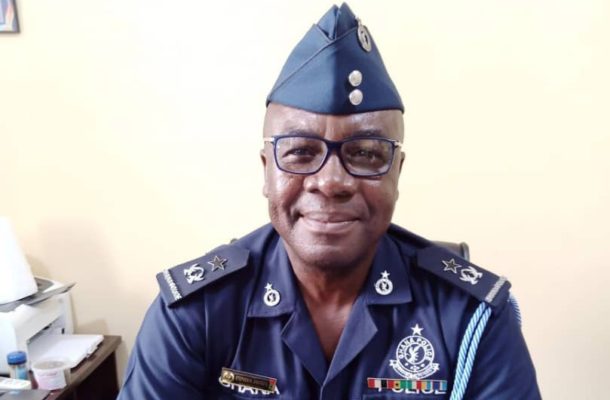 More lives are being claimed on our roads in the Eastern Region as it has emerged that some One Hundred and Nine (109) pedestrians were killed through road crash between January to December 2020.

Also a total of 101 pedestrians lost their lives within the same period in 2019.

He said between January to December in 2019, a total of 1,324 vehicles comprising 695 commercial vehicles, 609 private vehicles, and 290 motorcycles/ tricycles involved in fatal accidents.

Chief Superintendent Mr. Stephen Kofi Ahiatafu continues that this indicates that accidents in 2020 were higher compared to 2019.

"The 2019 and 2020 Road accidents were divided into quarterly returns; that's 1st quarter beginning from January to March, 2nd quarter April to June, 3rd quarter July to September and 4th quarter October to December," he said.

The Regional MTTD Boss narrated that the figure indicated a huge increase as compared to 2019 figures, within the same period under review.

Chief Superintendent, Mr. Stephen Kofi Ahiatafu noted that this occurred because Police Personnel were no longer conducting road checks as it used to be during the previous years due to Covid -19.

The Police expressed worry at the spate of road accidents, particularly that of motorcycles/ tricycles.

He indicated that most of the drivers on the roads had no valid licenses and cautioned them to desist from driving, also urged pedestrians to be vigilant when walking by the roadside in all aspects.

Mr. Ahiatafu, however, noted that his outfit in collaboration with Driver and Vehicle Licensing Authority( DVLA), National Road Safety Commission, and other stakeholders is going to ensure that they vigorously check drivers to have licenses and educate them well on road signs to minimize road accidents.