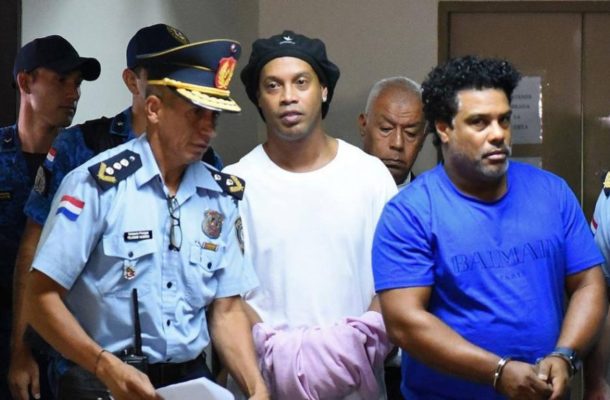 Ronaldinho will continue to remain in jail in Paraguay, along with his brother for using false documents.

The two brothers risk staying in custody for about 6 months. The former Milan and Barcelona striker has entered the state of Paraguay with false documents and has therefore been arrested by the country's police.

Ronaldinho, along with his brother, were seen in court Saturday, and what has caught everyone's attention is the fact that the Brazilian covers the handcuffs with a pink towel in an attempt to avoid the public embarrassment.

Prosecutors say the brothers were given the false documents when they landed in the capital Asuncion on Wednesday.

The pair were taken into custody on Friday, just hours after a judge refused to uphold a prosecutor's proposal for an alternative punishment.

The prosecutor argued the brothers had been tricked. They deny any wrongdoing. 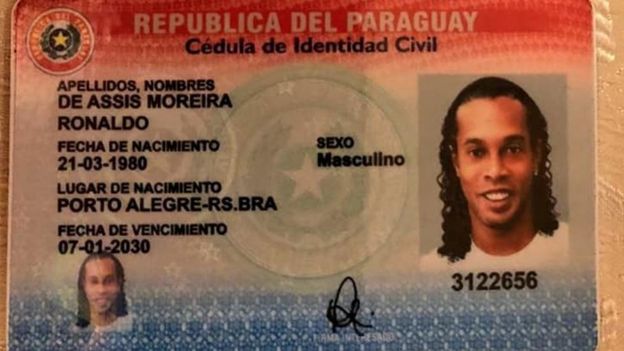 In July 2019, the player reportedly had his Brazilian and Spanish passports confiscated over unpaid taxes and non-payment of fines for illegally building on a nature reserve in Brazil.

The 39-year-old had travelled to Paraguay to promote a book and a campaign for underprivileged children.

Ronaldinho was the 2004 and 2005 World Player of the Year and reached the prime of his career at Spanish giants Barcelona. He won the World Cup for Brazil in 2002 alongside fellow superstar forwards Ronaldo and Rivaldo.