Russia and Jordan to collaborate on Nuclear Cooperation 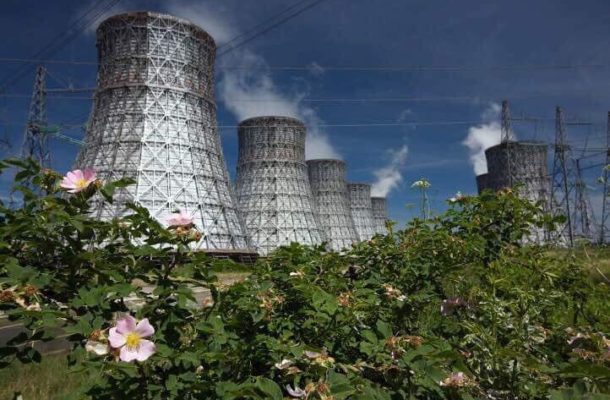 Russia and Jordan are to intensify and step up their cooperation in the field of Nuclear energy with a focus on Small Modular Reactors, with ROSATOM as facilitators. The move will go down as a big win for the Russian state owned company as the peaceful nuclear technologies provided by ROSATOM to developing countries continue to ensure the suitability of the lower power levels to electrical grids with smaller capacity.

In the agreement, Rosatom is expected to work closely with the Jordan Atomic Energy Commission to conduct a joint feasibility study for a Russian-designed Small Modular Reactor construction project in Jordan. Both parties stand to benefit from exploring the collaboration on the Small Modular Reactor, and the viability and potential for deployment in the Hashemite Kingdom of Jordan due to the changing situation in the Jordanian energy market.

Chairman of the Jordan Atomic Energy Commission, Dr. Khaled Toukan said the construction of the Small Modular Reactors are more relevant and needed.

“We have been cooperating with Rosatom for many years, and we are going to build on this cooperation in various spheres. Today, a potential project to construct Small Modular Reactors -type NPP seems more relevant and more needed, so we would like to focus on it”.

On his part, President of JSC Rusatom Overseas, Evgeny Pakermanov said the Small Modular Reactors will become a top priority for his organization.

“We are certain that the projects we implement have to meet current strategic needs and interests of our customers. This is exactly why we, together with our Jordanian partners, have decided to focus our cooperation on enhancing Small Modular Reactors technology projects based on Rosatom’s innovative solutions. The SMR technologies will certainly become one of our top priorities on the way to develop the world energy market”

Russia and Jordan are cooperating closely in the human resource development area as well, to implement the nuclear program of the Hashemite Kingdom of Jordan. Currently, 100 Jordanian students are conducting their Bachelor, Master and other postgraduate studies and programs in major Russian universities.

As early as next year, Rosatom State Corporation is expected to launch the Akademic Lomonosov, its floating Nuclear Power Plant, which will become the world’s unique reference project for nuclear power plants of this type. On top of that, Rosatom is actively developing its onshore Russian-design Small Modular Reactors Nuclear Power Plant. Apart from its modular composition, one of the main advantages of the Russian-design Small Modular Reactors Nuclear Power Plant, is its ability to be used as a desalination and heating plant. Jordan is looking forward to benefit from all the available technologies in order to strengthen its local dependency on energy.

“Small Modular Reactors SMR biggest advantages for African countries are their ability to be placed wherever they may be required and to supply electricity in areas without robust or sizeable grid infrastructure or capacity. Most African countries typically have grid capacities of just a few thousand megawatts, and the typical energy sector convention is that a single power plant’s capacity should not exceed 10 percent of a country’s total grid capacity”.