SADA To Mainstream Women Farmers Into Its Plans 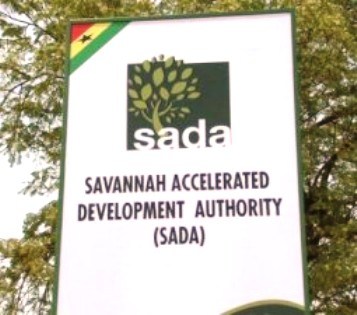 The Savannah Accelerated Development Authority (SADA),  has indicated its readiness to mainstream youth and women farmers’ groups into its Master and Medium Term Development Plans.

The Director of SADA in charge of the Integrated Development Programmes, Dr Emmanuel Abeere-inga stated this when civil society organisations from the Northern Savannah Ecological Zone, led by the Northern Patriots in Research and Advocacy (NORPRA) submitted collated inputs and development priorities of youth and women farmers’ groups after organising five regional level consultative forums to the Authority in Tamale.

The Executive Director of NORPRA, Mr Bismark Adongo Ayorogo who made a presentation on the collated inputs and priorities, touched on the need for SADA to facilitate the setting up of “One Stop Shop Farmers Resource Centres”.

The Authority should also set up pro-agricultural financial institutions to provide loans at low interest rates to farmers, embark on shea plantation and promote aquaculture.

Mr Adongo said SADA should put in place a strategy to control bushfires, and activities of Fulani herdsmen and respond appropriately to the growing threats of climate in order to facilitate a successful implementation of the Agricultural-led Transformational Agenda of the northern savannah areas of Ghana in particular and sustainable agriculture in the entire country.

He said guinea fowl production is still relevant and key to poverty reduction in the northern savannah areas, and urged SADA not to shy away from it because of the challenges it faced before and re-strategise to implement the guinea fowl project.