Sadiku Katadatu writes: Ghana, a pathetic country to live in 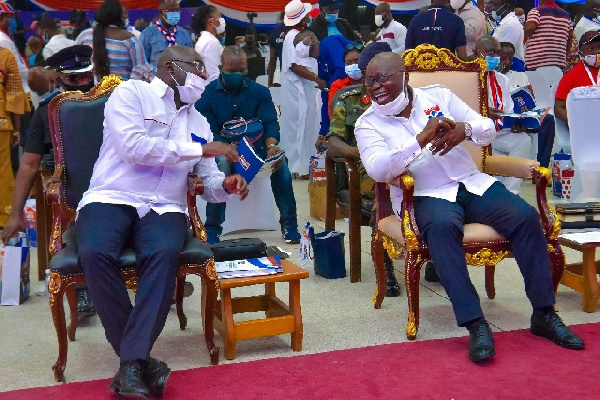 Do you still remember the noise, the hullabaloo, and the propaganda Nana Addo and the NPP made just after Mahama handed over power to them? "We have inherited a mess", "Mahama has collapsed the economy", etc.
With time, Ghanaians have now come to realize the difference between "reality" and "deceit".

1. In 2017 when Nana Addo and the NPP claimed they inherited mess from Mahama and the NDC, Ghanaians and businesses weren't experiencing DUMSOR .... In 2021 when they have inherited themselves, there is now DUMSOR. As I'm typing this piece, we are in DUMSOR in Ejura here. Maybe a Mahogany tree has fallen on our transmission line.
2. When they took over the so called "messed economy" from Mahama in 2017, Ghana's debt stock was GHS 122b (56% of GDP). In 2021, when they inherited themselves, the country's debt stock stands at GHS 291b (76.1% of GDP). Deceit nkoaaa
3. In 2017, they inherited petrol price per gallon at about GHS 16. In 2021 when they've inherited themselves, a gallon of petrol is sold at GHS 25.00. And effective tomorrow, 1st May, it may sell at GHS 27 due to the newly introduced taxes. Onyame ahunu oooo
4. In 2017 by now, Nana Addo and his government were asking for praises and applauses for scrapping some taxes they deemed NUISANCE. Fast forward in 2021 when they've inherited themselves, they have introduced new taxes including BORLA TAX effective tomorrow Saturday, May 1. The battle is indeed the Lord's
5. When they claimed they inherited mess in 2017, the NPP government was able to execute workers salary increment of 12.5% that was negotiated and signed by the NDC administration in Nov 2016. Now in 2021, when they've inherited themselves, workers are yet to receive a penny as a salary increment. Nana Addo atriki y3n
6. In 2017, when Mahama handed over the economy to them, there wasn't water crisis in the country. In 2021, when they handed power again to themselves, there is public outcry about water crisis all over the country. B)ni b3n

All of a sudden, Nana Addo and his supposed men are now quiet as if they're not in the country. Indeed, reality has now caught up with them. Next time biom
#StopBlamingCovidAndFixTheRealMess