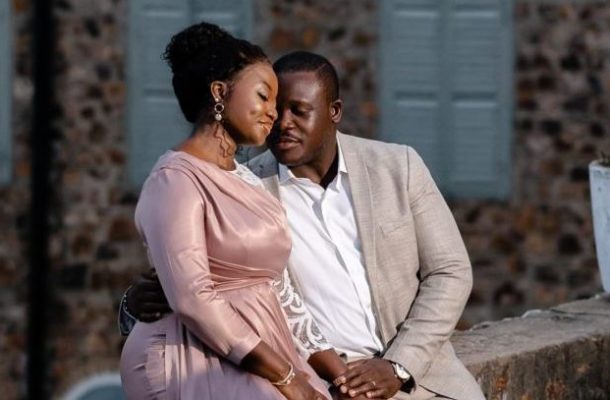 Ningo Prampram Member of Parliament, Sam George and his wife, Vera have stunned social media users with their latest photos.

The visuals were to mark the 10th marriage anniversary of Mr and Mrs George whose marriage has been blessed with three children.

The outspoken politician took to his Facebook page to post the photos as he prays for God’s blessings on the marriage in the years ahead.

He also penned a lovely message to eulogise his wife, Vera, stating: To my best friend, mother of my kids, wife of my youth, personal Ayigbe Toffee, let’s do the next 10 with even more swag and grace.

The photos saw them make bold fashion statements in colourful kente fabrics while a solo image captured Mrs George in an orange dress.

Another saw the MP with his arms wrapped around his wife who rocked a peach gown with a pony hairstyle to complement her look.

The post has attracted congratulatory messages and prayers for the couple.