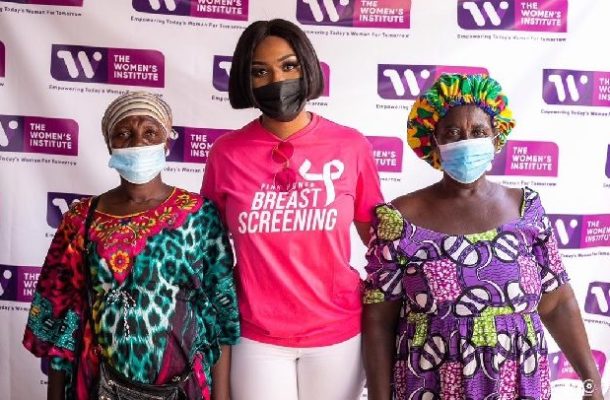 Celebrity lawyer, Sandra Ankobiah on Wednesday organized a free breast screening exercise for women at the Madina market in Accra.

The exercise was an initiative of The Women’s Institute (TWI), a non-profit organization by Sandra to educate, empower, and also support women.
It was also in line with the annual October Breast Cancer Awareness campaign to raise awareness on the impact of breast cancer. 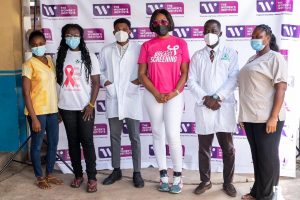 Dubbed, ‘Pink Power Breast Screening,’ the ceremony was under the theme; “Cancer Is Tough But So Are You.”
It attracted several women from around the Madina market and its environs.

The women were all examined by Specialists from the Greater Accra Regional Hospital.
Beyond the screening, the women were also educated on how to examine their breasts themselves and the steps to take to maintain good breast health.

Sandra Ankobiah told the media at the ceremony that the initiative was not only to promote good health among women but also to empower them. 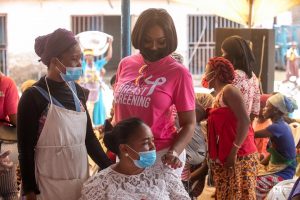 “The Women’s Institute is my initiative. It’s an institution that helps to promote and educate women. We try to empower women whichever way we can. Seeing that October is breast cancer month, we just decided to do a breast cancer screening exercise so that the market women who would usually not get the time or even not know how to check their breasts will come here, we educate them and allow them to check their breasts”, she added.

Breast cancer is the commonest cancer among women worldwide.
Early detection of the cancer is a big deal to its control, hence Sandra Ankobiah’s free screening exercise.