Sanitation: We’ll not allow you to misbehave because you voted for NPP – KMA boss warns 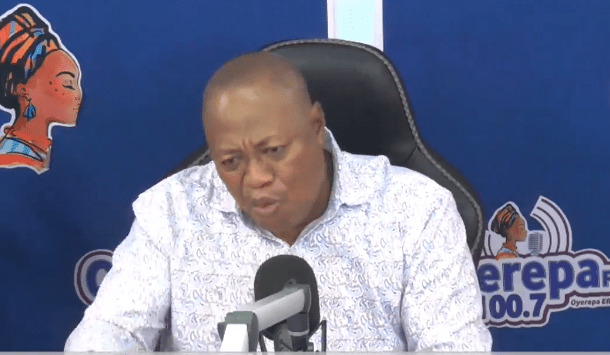 The Chief Executive Officer of the Kumasi Metropolitan Assembly (KMA), Mr. Samuel Pyne has vowed to deal with people who flout sanitation laws.

According to him, poor sanitation in the Kumasi city is a major challenge KMA is yet to overcome.

“When I came to office I realized that poor sanitation in Kumasi is  the major problem.” Mr Sam Pyne stated on Oyerepa Breakfast Show, Thursday, January 13 2022.

“As part of clearing Kumasi, the Assembly is setting up 100 members taskforce, they will be given military to serve as sanitation taskforce”. He disclosed.

The KMA boss added that, “anyone who is found guilty will be dealt with according to the laws irrespective of the persons political affiliation,” he stated.

The Mayor lamented that the bad conduct of some people are the main reasons for  the filthy state of Kumasi but will relent on his effort to fight against the canker.