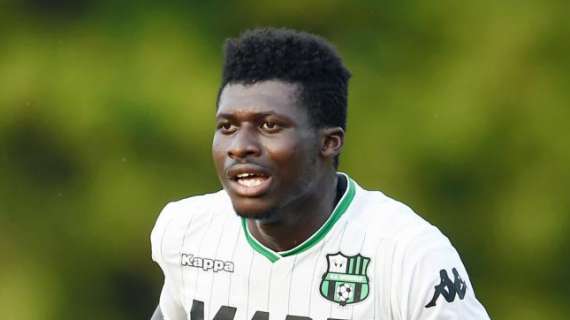 Ghana midfielder Joseph Alfred Duncan is expecting a stern test for US Sassuolo when they come up against Inter Milan in their opening game of the 2018/2019 Serie A season.

The Norvedi come into the game in good form after thrashing lower-tier side Ternana 5-1 at the Mapei Stadium in the Coppa Italia on Sunday evening.

In-form Ghanaian duo Duncan and Kevin Prince Boateng were both on the scoresheet as Sassuolo progressed to the next round of the competition.

Duncan has now switched focus to Sunday’s match against one of Italy’s most successful clubs and says he is looking forward to giving them a run for their money.

"A good start but now head to the first of the season, we want to put in trouble a great team like Inter" he told reporters.

The 25 year old has capped nine times for Ghana with a goal to his credit.