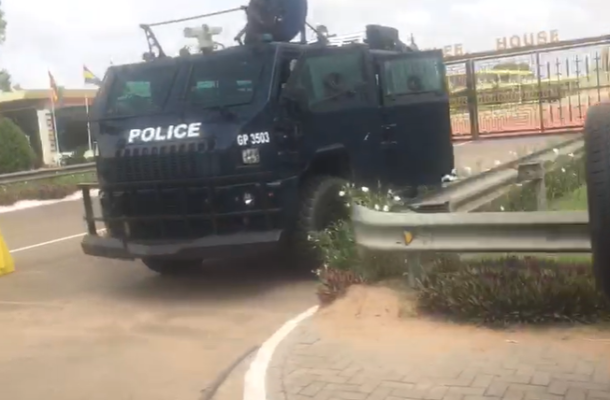 There is heavy security at Jubilee House, ahead of day two of pressure group Arise Ghana’s demonstration today, Wednesday, June 29, 2022.

Armed police and military officials are currently at the entrance of the seat of government.

It is unclear why the Jubilee House intensified security a day after protesters clashed with the police over appropriate routes for the demonstration. 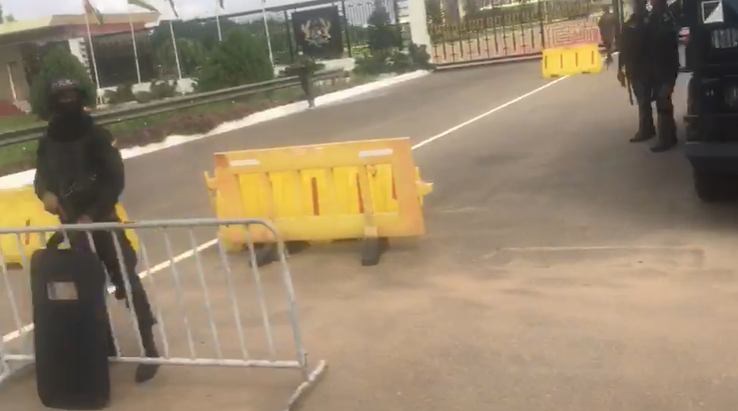 The second day of the Arise Ghana demonstration will see protesters marching from the El-Wak Sports Stadium through the Liberation Road to Parliament House.

Arise Ghana had earlier planned to picket at the precincts of Jubilee House, but the move was opposed by the Police as they subsequently filed an injunction praying the court to direct the organizers to commence the protest at Obra Spot and end at Independence Square. 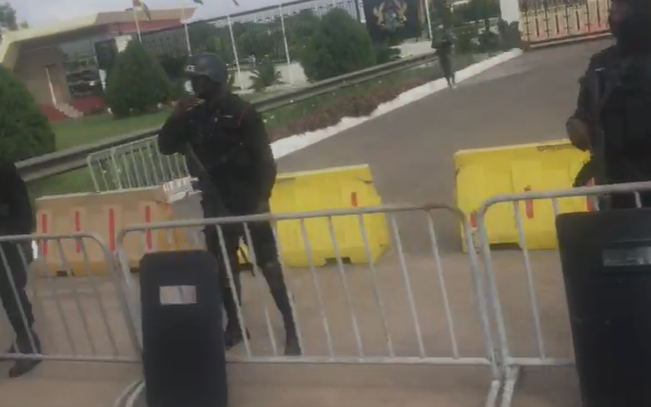 The court subsequently granted some demands by the police, paving the way for the demonstration -which was characterised by violence- to be held yesterday.

The group has said it will go ahead with the second day of its protest, despite yesterday’s development.