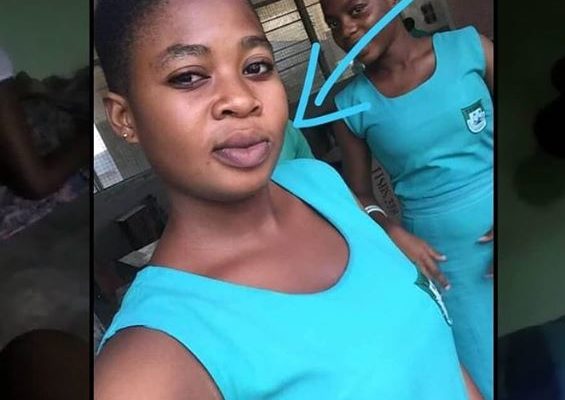 The student [arrowed] was allegedly captured in the leaked video

A sex tape involving a lady believed to be a student of the Mpraeso SHS in the Kwahu area of the Eastern Region and a guy has leaked online.

The fair-looking lady's name is yet to be known but rumours on social media have the guy might be her boyfriend.

We are unable to post the obscene video here due to our ethics, but images we have seen show the girl and her boyfriend having sex in a ghetto-like room.

The room only had an old-looking student mattress on the floor and it was on that flat mattress that the sex took place.

Surprisingly, one guy was spotted in the footage sitting and watching and also taking a video of the action. It is not yet known how the video got leaked onto social media.