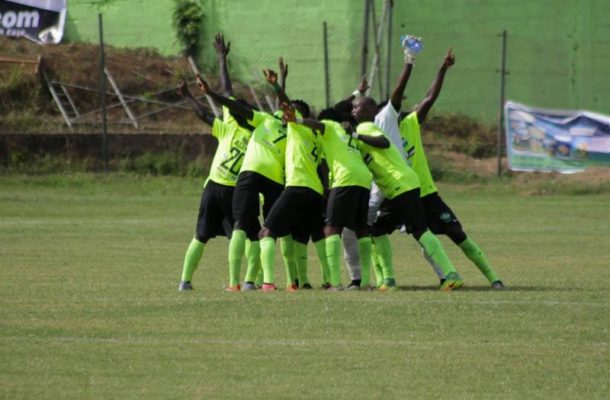 Dreams FC recorded their first back-to-back victory of this season against Liberty Professionals on Thusday in the Ghana Premier League.

Dream’s pipped the Scientific soccer lads by a goal to nil in the match 8 fixture which was played at Sogakope due to television obligations.

Sharani Zuberu’s 28th minute strike from the edge of the box was all that the ‘Still Believe’ club needed to snatch all three points.

The in-form starlet has now scored 4 goals in the opening eight games.

Dreams therefore move into the top four of the standings level with league leaders AshantiGold on 14 points albeit playing a game more.

Liberty on the hand drop to 15th after their latest defeat.